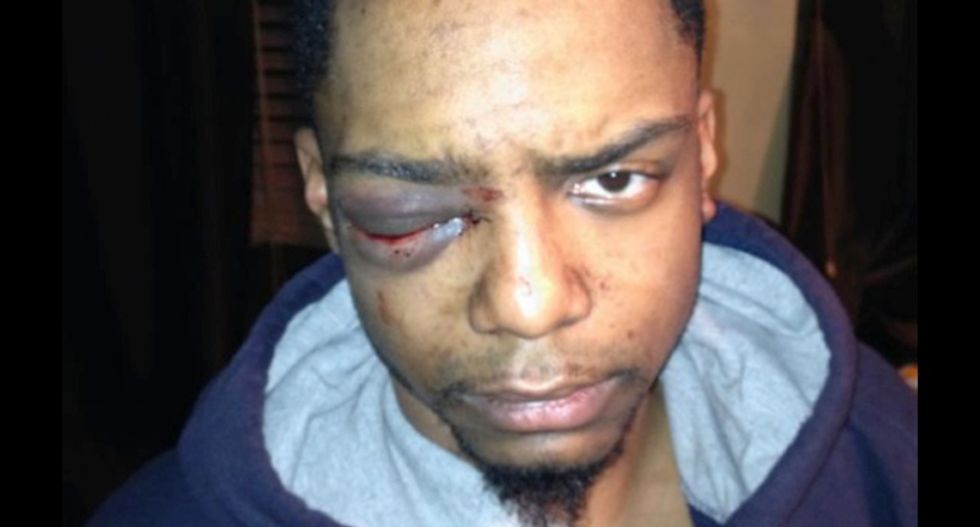 The New York City Police Department is coming under scrutiny for quickly shutting down an investigation into the beating of a gay art student at the hands of a group of Hasidic Jews shouting anti-gay slurs.

According to the New York Daily News, 25-year-old Taj Patterson was assaulted in December of 2013 by a group of five men, leaving him with a broken eye socket and a torn retina blinding him in one eye.

Police reports state that Patterson was accused of damaging cars in the Williamsburg neighborhood before he was set upon the men who held him down and punched and kicked him before fleeing when a passing bus driver stopped and began taking photos.

In an interview, the driver explained, "One of his eyes was closed and so swollen. He was saying, 'My eye. I can’t see.'"

Despite statements from witnesses who saw the beating -- as well as a license plate number of a car belonging to one of the assailants -- the investigation was shut down within 24 hours, with case marked: " final, no arrests, CLOSED."

Police only reopened the case after Patterson's mother badgered them to find the culprits, leading them to arrest the men.

According to police, the men are part of the Williamsburg Safety Patrol, a Hasidic volunteer neighborhood watch group whose members carry walkie talkies and sometimes cruise the neighborhood in cars outfitted to look like law enforcement vehicles. Police state that the men are supposed to notify them if they see a crime and occasionally make a citizen's arrest. How ever the group -- also known as the Shomrin -- has also been accused of vigilantism, focusing their attacks on black and Latino people.

The Williamsburg Safety Patrol condemned the attack and initially denied the men were part of their group but suggested that one or two might have been involved.

Abraham Winkler, 39, Mayer Herskovic, 21, and Pinchas Braver, 19, are all facing felony charges including gang assault, false imprisonment  and assault. Charges against the other two men have been dropped.