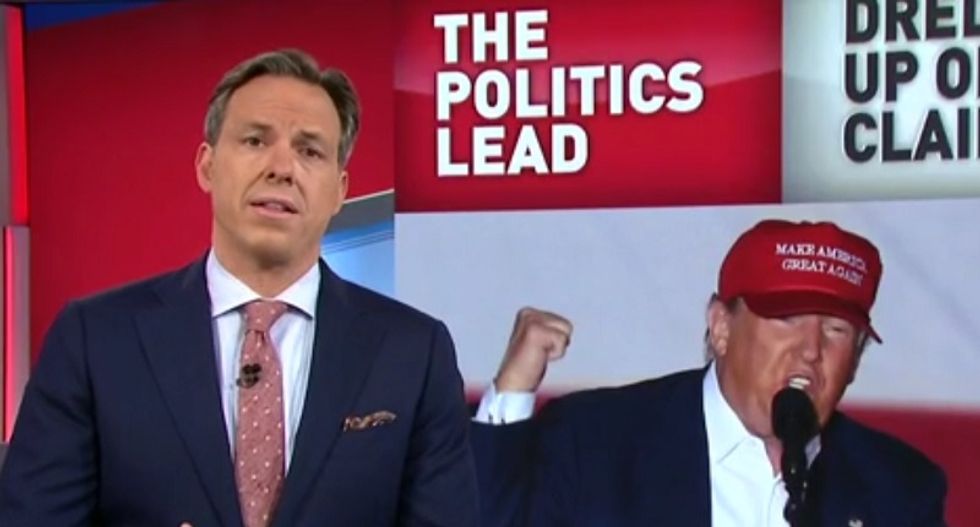 CNN host Jake Tapper laid into GOP candidate Donald Trump for dredging up a debunked conspiracy theory that his likely opponent in the general election, Hillary Clinton, was somehow responsible for the death of then-Deputy White House Counsel Vince Foster.

Foster's 1993 death was ruled a suicide.

Tapper called Trump out for saying in an interview that the circumstances around Foster's death were "very fishy," adding, "I don't bring [Foster's death] up because I don't know enough to really discuss it. I will say there are people who continue to bring it up because they think it was absolutely a murder. I don't do that because I don't think it's fair."

"Except of course you just did that, Mr. Trump," Tapper said. "But you're right, it's not fair that you did that, certainly not to Mr. Foster's widow or their three children."

Tapper went on to call the conspiracy theory a "fiction borne of delusion."

Watch the video, as posted to Twitter by CNN, here:

A must must watch: @JakeTapper addresses Trump's comments about an "outrageous and long-ago-debunked falsehood" https://t.co/4hkReaDK5G