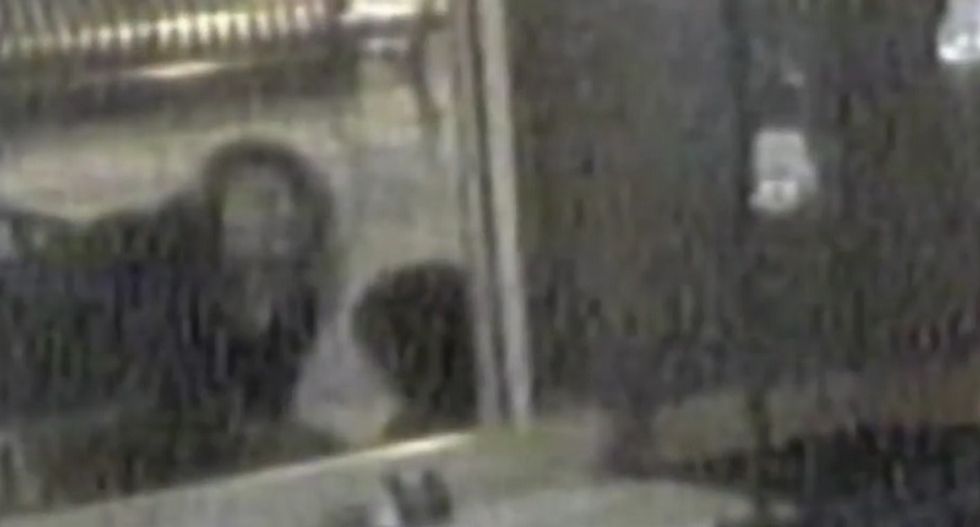 A Washington, D.C. Muslim woman says she was attacked by a Donald Trump supporter while sitting outside a coffee shop, WJLA reports.

The woman, who did not give her name, is African-American and wears the hijab, a head covering that devout Muslim women wear. She told WJLA she was sitting outside a Starbucks on April 21. Police have since released surveillance footage that shows the woman yelling in the victim's face, then returning with a bottle of liquid and dousing her.

"A Caucasian lady with blond hair walked right past me," she told the station. "Then as soon as she sat down she started talking about me. Saying 'F-ing Muslim. Trash, worthless piece of Muslim trash. You all need to go back to where you came from."

The woman was able to record a brief video, on which the attacker can be heard saying, "You're a terrorist. So stupid."

According to a video released by MyNews4, the woman is wanted for simple assault.

"She says if Donald Trump wins the nomination I'm going to vote for him so he can send all of you all back to where you came from," she told WJLA.

The victim called 911, but the officer responded and told her there was nothing he could do about "words."

After the officer left, the woman told WJLA the assailant returned with a bottle of fluid and poured it on her.

"She came around and took out a water bottle and poured the contents over my head and all over me," she told the station. It didn't burn my skin or anything, but it had a strange smell to it."

She said that while she has lived in her neighborhood for six years, the incident left her "more nervous than ever."

Watch the video, as posted by WJLA, here: