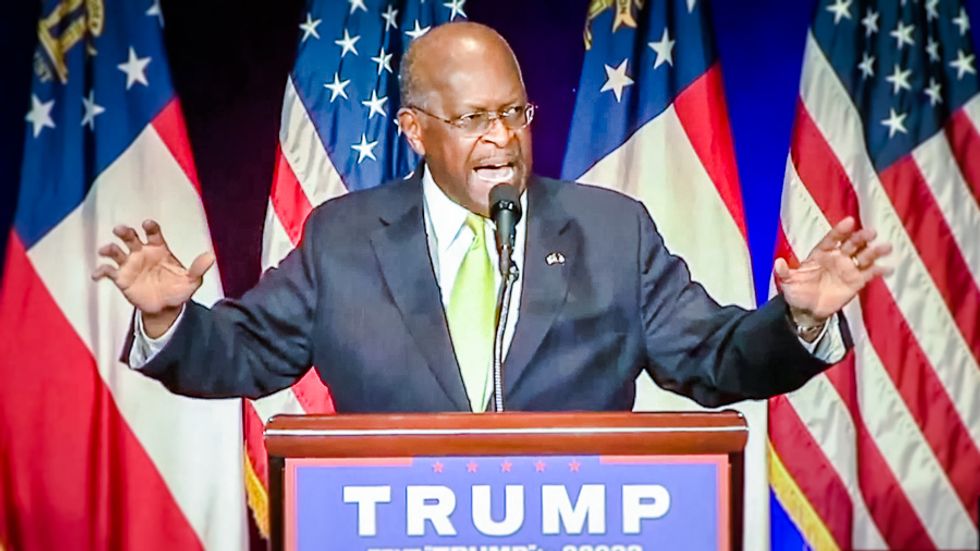 Appearing at a Donald Trump rally in Atlanta on Wednesday, former GOP hopeful Herman Cain declared that the presumptive Republican nominee Donald Trump was definitely "not a racist."

Taking a more serious tone, Cain announced that America was at a crossroads.

"This presidential campaign has been blurred by the liberals, blurred by the Democrats, blurred by the progressives -- whatever they are -- in order to try and label Donald Trump something that he's not," the conservative radio host opined. "Just in case the nightly news hasn't heard or put this comment up there, I want to set the record straight."

"Allow me to set the record straight about one of the biggest lies out there about Donald Trump -- and I hope the liberals and the liberal media is listening -- Donald Trump is not a racist!" Cain said, enunciating each syllable for effect.