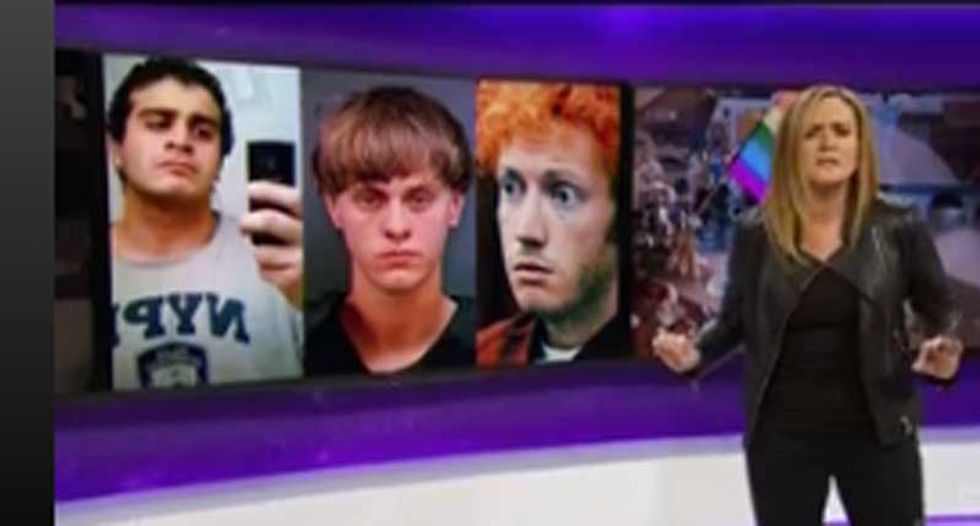 A very emotional Samatha Bee opened Full Frontal on Monday night, and immediately went off on America' response to yet another mass shooting by attacking the shooter, the NRA, Florida Gov. Rick Scott and a gun culture that enabled a man to slaughter 49 people in an Orlando nightclub.

"The standard operating procedure is that you stand on stage and deliver some well-meaning words about how we will all get through this together, how love wins, how love conquers hate," she began. "And that is great and that is beautiful. But you know what? F*ck it! I'm too angry for that! Love does not win unless we start loving each other enough to fix our f*cking problems!"

Bee also lashed out at the NRA's support of assault weapons, saying, "We can't constitutionally get rid of all guns, but can't we get semi-automatic assault rifles out of the hands of civilians? Yes! Sam Bee wants to take your guns away. The ones that mow down a room full of people in a second! Yes, I do want to take those guns away. These high-capacity penis substitutes."

And that was just the beginning.