WATCH: Elizabeth Warren just opened a massive can of whoop-ass on Donald Trump — and it’s awesome 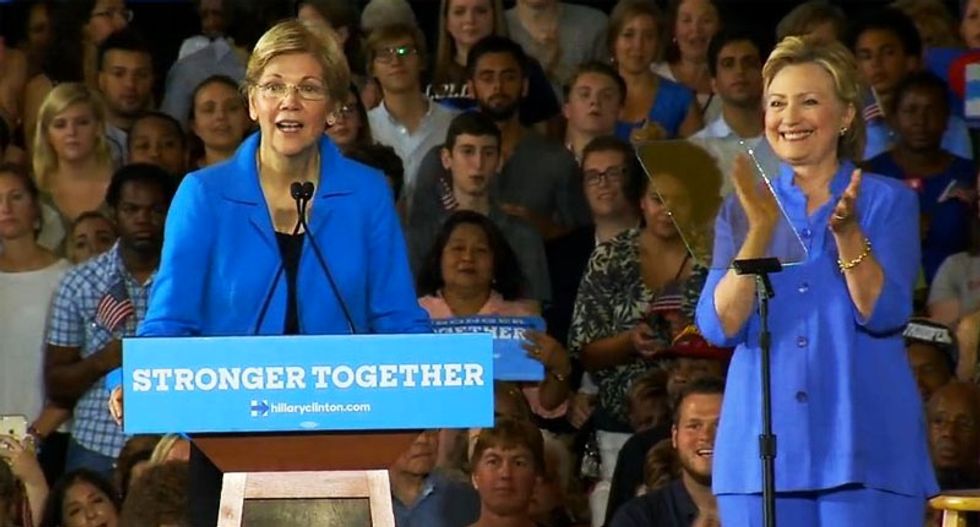 Among other things, Warren called Trump "a nasty man who will never become president" and "a small, insecure money-grubber who fights for only himself." She also made a sly reference to Trump's nickname of her as "Goofy Elizabeth Warren" by throwing it right back in his face.

"You want to see goofy, look at him in that hat," she said.

She then made fun of Trump's big golf course trip to Scotland over the weekend and mocked the idea that he was really a "man of the people."

"When Donald Trump says 'great,' I say, 'Great for who, exactly?' For families that don't fly to Scotland to play golf?" she asked rhetorically. "When he says 'Make America Great' he means make it great for rich guys just like Donald Trump... Watch out, because he will crush you into the dirt to get what he wants."

The speech wasn't just about Trump, however, as she also praised presumptive Democratic nominee Hillary Clinton for being a tough fighter who has what it takes to beat Trump.

"She knows you beat a bully not by tucking your tail and running, but by standing your ground and fighting back," Warren said of Clinton. "She doesn't whine, she doesn't run to Twitter to call her opponents 'fat pigs' or 'dummies.' ... Hillary has brains, she has guts, she has a thick skin."