Chuck Todd defends Trump's call for cyberattack on Clinton: 'We do espionage against Russia' 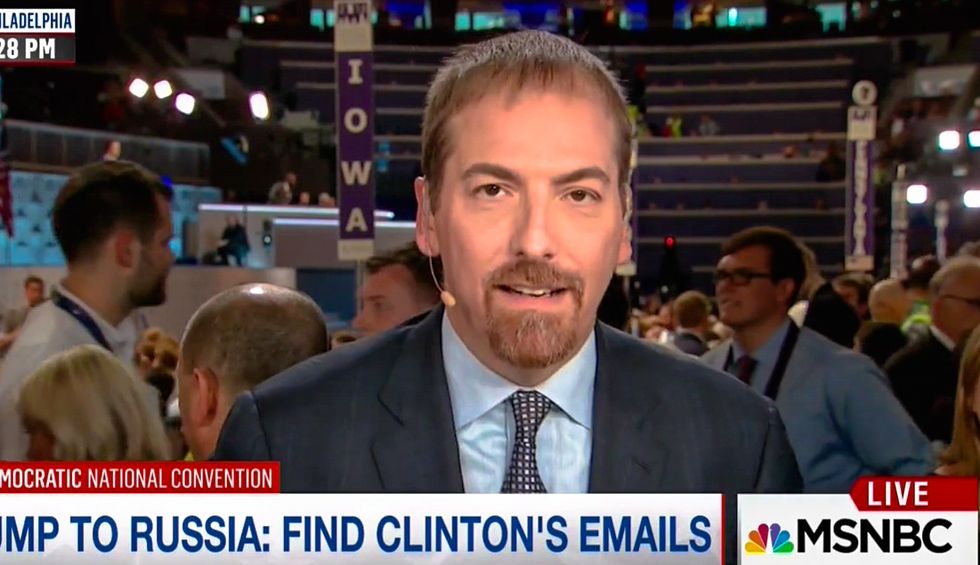 MSNBC host Chuck Todd posited on Wednesday that Donald Trump's call for Russia to launch a cyberattack on Hillary Clinton was acceptable because the United States government was engaged in espionage against foreign governments.

After Donald Trump told reporters on Tuesday that Russia should "find the 30,000 emails that are missing" from Clinton's email server, Todd asked Clinton campaign adviser Joel Benenson if he expected the comment to sway voters.

"They already have serious questions about his fitness to be commander-in-chief," Benenson observed. "He's been praising Putin for months, but today he's gone further than anybody ever imagined basically by not only condoning but inviting a foreign power to commit espionage on the United States."

"By the way," Todd interrupted, "we do try to do espionage against Russia as a country."

"Should we be shocked that Russia tries to come after us the way we come after them?" Todd added.