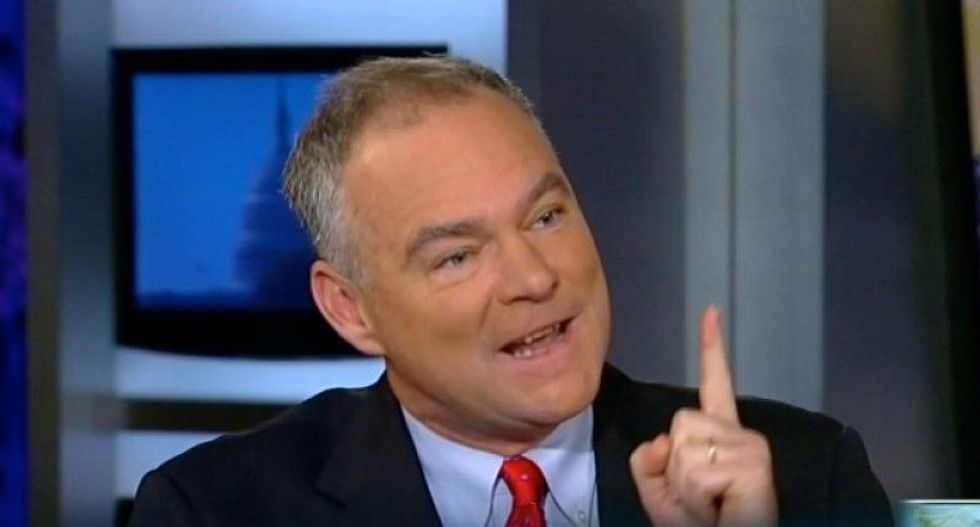 Hillary Clinton named U.S. Senator Tim Kaine as her running mate on Friday, making a safe choice that will help her present the Democratic ticket as a steady alternative to the unpredictable campaign of Republican presidential rival Donald Trump.

The selection of Kaine, a self-described "boring" Virginian with wide governing experience and a reputation for low-key competence, could appeal to independents and moderates but is likely to anger liberal groups who object to his advocacy for an Asian free-trade pact.

But the Spanish-speaking former Virginia governor and Richmond mayor fits Clinton's long-stated criteria that the vice presidential choice be a capable partner who is ready to take over the presidency if necessary.

Clinton made the announcement via Twitter after the first day of a two-day campaign swing in Florida.

Kaine, 58, edged out two other finalists - Cory Booker, a U.S. senator from New Jersey, and Agriculture Secretary Tom Vilsack, according to a Democratic source familiar with the discussions.

The former secretary of state will be formally nominated as the party's presidential candidate for the Nov. 8 election at next week's Democratic convention in Philadelphia. She leads Trump in many opinion polls.

Clinton's choice of a running mate could give her campaign momentum heading into the convention, as the fight for the White House begins a more than three-month push to the finish.

Clinton acknowledged in an interview earlier this week that even Kaine admits he is boring, and said she did not mind.

"I love that about him," she told Charlie Rose of CBS News and PBS. "He's never lost an election. He was a world-class mayor, governor and senator and is one of the most highly respected senators I know."

Kaine's first appearance with Clinton could come on Saturday at an event in Miami.

I'm thrilled to announce my running mate, @TimKaine, a man who's devoted his life to fighting for others. -H https://t.co/lTVyfztE5Z
— Hillary Clinton (@Hillary Clinton) 1469232700.0