Newt Gingrich: US should run 'Sharia' test on 'every person here of Muslim background' 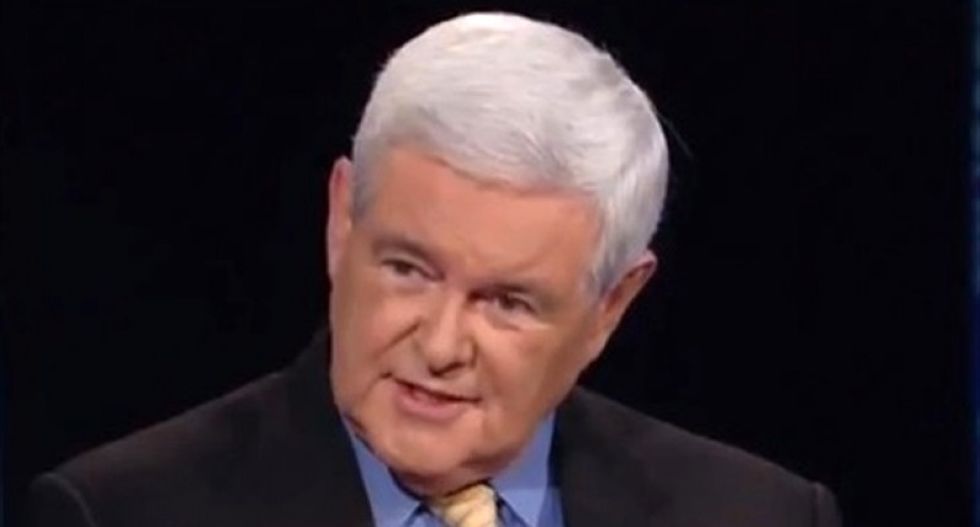 Former House Speaker Newt Gingrich called for every American Muslim on Thursday to be "tested" in the wake of the fatal attack in Nice, France.

"Western civilization is in a war," Gingrich told Fox News host Sean Hannity. "We should, frankly, test every person here who is of a Muslim background, and if they believe in Sharia, they should be deported. Sharia is incompatible with Western civilization. Modern Muslims who have given up Sharia? Glad to have them as citizens. Perfectly happy to have them next door. But we need to be fairly relentless about defining who our enemies are."

Gingrich, who is reportedly being considered as a running mate for Republican presidential candidate Donald Trump, did not offer any specifics as to the nature of the "test." The interview aired a day after CNN reported that Hannity provided the private jet Gingrich used to meet with Trump in Indianapolis.

Officials in France have not identified the parties responsible for the Bastille Day attack, which killed 80 people and caused critical injuries to 20 others.

But Gingrich directed his remarks toward the Islamic State terrorist group, blaming the Nice assault on President Barack Obama and "Western elites who lack the guts to do what is right."

"I am sick and tired of being told that the wealthiest, most powerful civilization in history -- all of Western civilization -- is helpless in the face of a group of medieval barbarians," he told Hannity.

Watch Gingrich's remarks, as posted online on Thursday, below.