'What you did appalls me': Reporter blisters Tomi Lahren for calling black activists 'the new KKK' 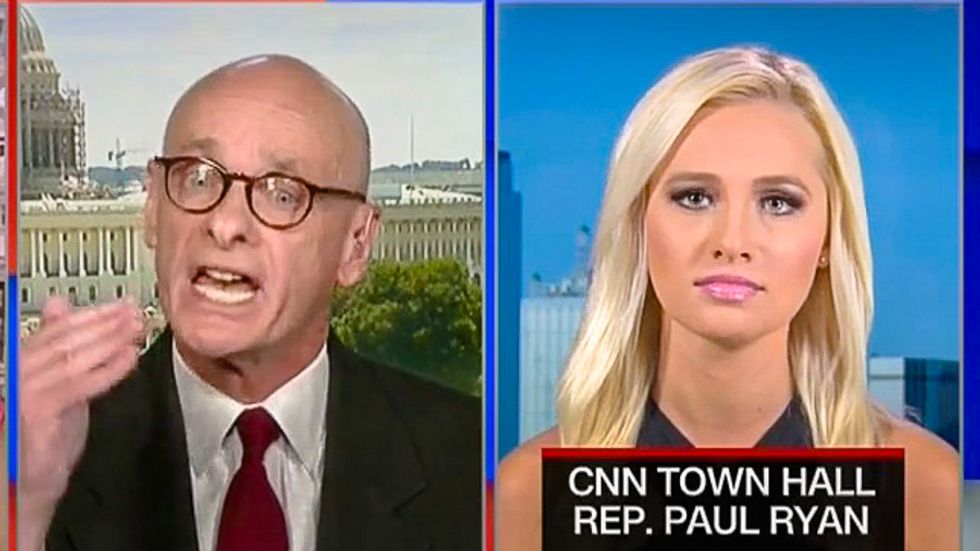 In a since-deleted tweet following the shooting of Dallas police officers last week, Lahren wrote: "Meet the new KKK, they call themselves ‘Black Lives Matter’ but make no mistake their goals are far from equality. #Dallas #bluelivesmatter."

Lahren, who hosts a program on Glenn Beck's The Blaze, argued during a panel segment on CNN's Reliable Sources that media outlets should allow people who make extremist statements to defend themselves on the air.

"As I've asked to do on many of the platforms that have said I went to far," the conservative host explained.

"You did," Zurawik interrupted. "You did go too far, Tomi. You did."

"That is your opinion," Lahren replied.

"No, it's not," Zurawik insisted. "I wish it was your employer's opinion. That's really reckless, that kind of tweet at the situation we're in. As a journalist, what you did appalls me."

"That's the end of it," the media critic added. "I'm trying to be civil about this."

"I'm not a journalist, I'm a commentator," Lahren shot back. "I'm allowed to have my feelings and my opinions and I stand behind the things that I say because the thing that hurts people the most is when you're honest, when you look at something from an honest lens from your perspective and you bring that forth, you are immediately labeled for it and you are immediately criticized."

"And what those on the other side want to do is criticize, label and silence those who disagree with them. I don't play that game."

Watch the video below from CNN's Reliable Sources, broadcast July 10, 2016.