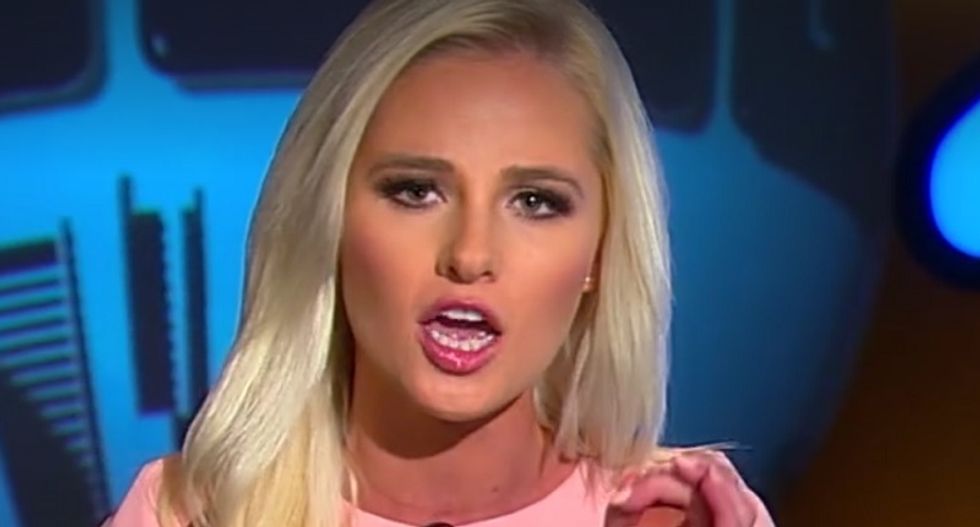 Conservative talk host Tomi Lahren has made a habit of playing the white victimhood card, most recently referring to the Black Lives Matter movement as the new KKK.

On Tuesday, Lahren, who hosts a show on Glenn Beck's channel, The Blaze, blamed what she called racial divisions on President Barack Obama. She said Obama is not a leader, but instead "an instigator."

"Almost eight years in office and two black attorney generals as head of the Justice Department, and where are we today," Lahren said. "We are more divided now than ever before."

She then gave her take on the history of racism as it relates to American policing.

"Before Obama took office these problems existed," she said. "Minority communities didn't trust officers, and officers dealt with that distrust and the violence came with it. Well here we are. Here we sit, eight years later, and it's worse. Everything is reduced to race, everything!"

She angrily denounced what she called the "rush" to blame white police officers and the refusal on the part of liberal politicians to use the phrase "radical Islamic terrorism" or "question the tone of the Black Lives Matter movement."

Lahren then said the "Dallas demon," shooter Micah Johnson, who killed five police officers at the end of the rally against police violence last week, said he wanted to kill white people. Lahren said the "tone of the Black Lives Matter movement had a hand in this."

After the Dallas attack, Black Lives Matter co-founder Alicia Garza pointed out the movement has never called for violence, but only demanded an end to police violence visited upon the black community.

“Black Lives Matter has never, ever called for the murder of police officers,” Garza said Friday. “What we have said over and over again is that it is time in this country for policing to be accountable, transparent and responsible. That’s not rhetoric. That is what communities in the United States want to see from the people who protect and serve them.”

Lahren said nothing makes her happier than "meeting black police officers," before ending her rant with "all lives matter," a phrase that has been criticized for failing to address the "all animals are equal, but some animals are more equal than others" state of affairs in which black people are treated differently by the criminal justice system -- which even conservative Republican New Gingrich is aware of.