Rep. Linda Sanchez: 'You cannot get your hands on a Trump piñata because they are sold out' 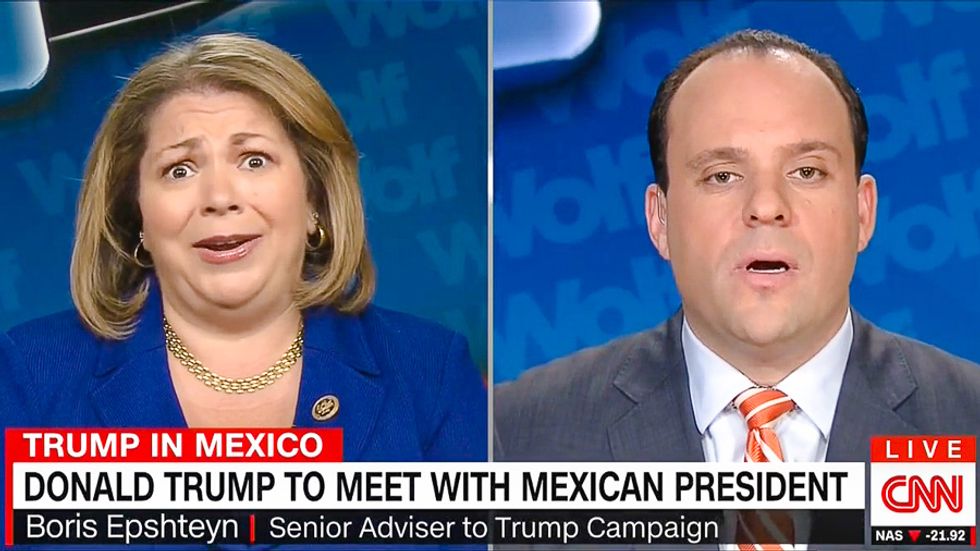 Boris Epshteyn, a senior adviser to the Trump campaign, asserted on Wednesday that Donald Trump had "never said anything bad about Mexico."

"Donald Trump is the true leader in this country," Epshteyn explained on CNN prior to Trump's meeting with Mexico President Enrique Peña Nieto. "While Hillary Clinton is sipping champagne cocktails, Donald Trump is leading this country."

"It is not leadership to demonize a community, to bash them verbally, to use venomous rhetoric to incite people sometimes to violence against a community," Sanchez remarked. "And then accept an invitation and somehow think that everything is going to be forgiven."

"I just want to warn the GOP of one thing," the California Democrat said. "In Los Angeles County -- and I don't know what polls you're looking at, sir -- but in L.A. County, you cannot get your hands on a Trump piñata because they are sold out and they're on back order. And for every child that has taken a whack at a Trump piñata, that's a voter that the GOP has lost for a lifetime. They are not going to forget that."

Epshteyn shot back that Clinton had "failed at everything she's ever done."

"She doesn't have any new ideas because she's been out there for over 30 years," he opined. "And has failed at everything from the D.C. Bar to being the worst secretary of state in this country's history."