Scottie Nell Hughes: Hillary is the 'definition of bigotry' because she's biased against racists 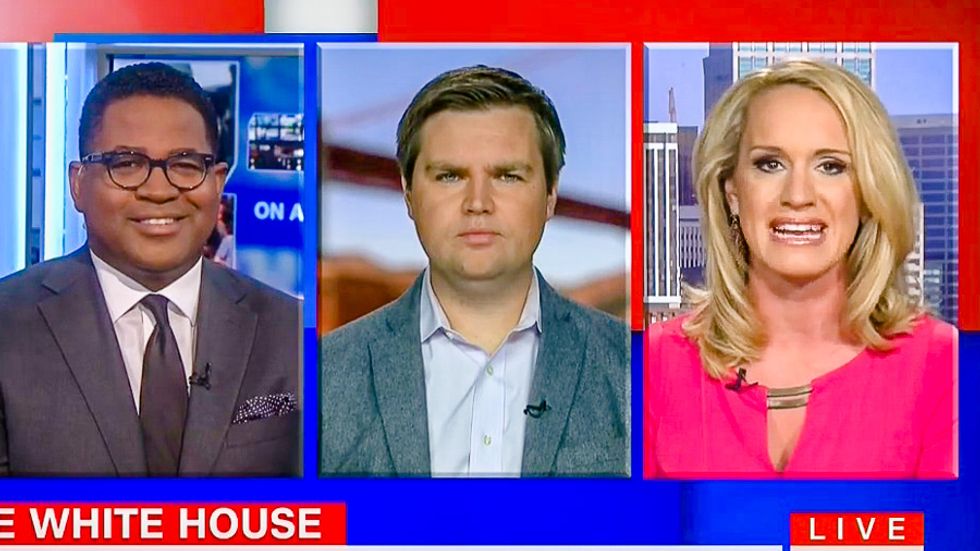 CNN contributor and Trump campaign surrogate Scottie Nell Hughes accused Hillary Clinton of the meeting the "definition of bigotry" for speaking out against racists and white supremacy.

"I would say that [Breitbart is] part of the white supremacist machine," Smith asserted. "They are trying to make sure these views become mainstream. And I think, through Trump, they are finding a way to do that."

Hughes, however, accused the media of "redefining what fair means in this election."

"Hillary Clinton's problem, she's having a problem with engagement," Hughes opined. "And she's worried about in November, the same very valuable demographic of the African-American vote is not going to be as engaged as they were in 2008 and 2012 to get out and vote."

According to the pundit, Trump had been right to call Clinton a "bigot" because the term was not only about racial discrimination.

"Bigotry, if you look at the definition, it's about someone who's small-minded and sits there and directs hate towards a certain group," she explained. "Hillary Clinton's speech [attacking alt-right conservatives] was all about hate towards a group that, while my fellow counterpart might consider them to be very racist, it's the exact opposite."

"These are God-fearing, baby-loving, gun-toting, military-supporting, school choice-advocating Americans!" Hughes added. "And just because maybe there might be some, a part of a very small fringe group [of white supremacists] that read Breitbart -- by sitting there and saying the entire website is white supremacy is kind of ridiculous as saying just because you have people that are anarchists and communists that read the Huffington Post, calling that newspaper establishment, [is like] saying that they're pro-anarchy and they're against the United States government."

"What they present is the view of the white supremacist mentality through their coverage," he observed. "It's not necessarily saying, 'Well, everyone who works there is a white supremacist.' I don't know that."

"The point is to say, what kind of viewpoint did they reflect? And it's undeniable that they reflect a white supremacist view if you looked over their coverage over the last several years."

Watch the video below from CNN's Reliable Sources, broadcast Aug. 28, 2016.