The Bourne Disparity: What the Matt Damon films get right and wrong about amnesia 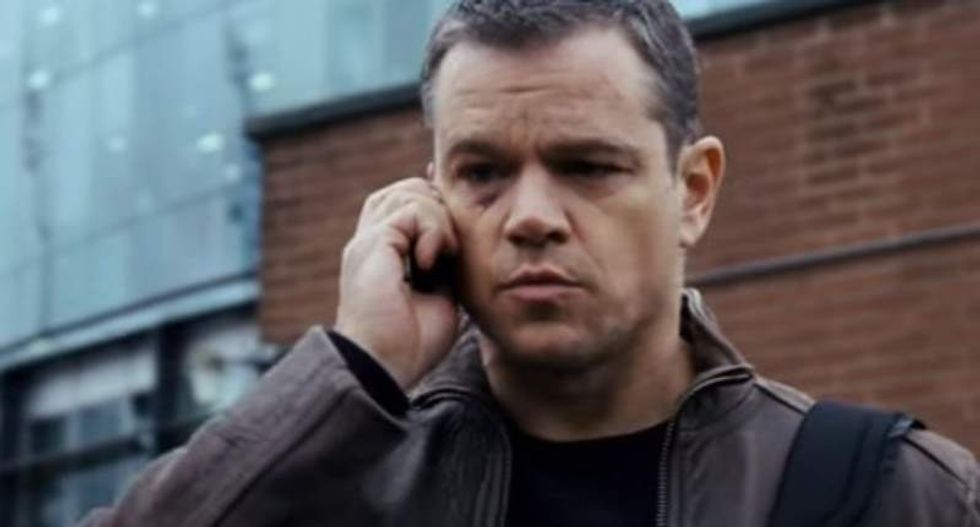 Matt Damon in the trailer for 'Jason Bourne' (Universal Pictures)

In 2002’s “The Bourne Identity,” our protagonist wakes up having been shot and plucked, unconscious, from the Mediterranean on to a fishing boat with no memory of who he is or how he got there. From there, the movie franchise follows Jason Bourne as he recovers memories of past events and rediscovers his identity.

But, although Bourne’s amnesia at the start of the first film in the series is profound (and profoundly important to the unfolding story), we quickly learn that there are some things Bourne does remember from his past. For example, how to speak multiple languages, how to drive and how to fight. All of these are complex motor tasks that he learned before he was shot and fell in to the water.

This aspect of Bourne’s amnesia is actually quite accurate. For people with “organic” amnesia (where neurological memory loss is typically due to damage to the medial temporal lobes in the brain), memory for skills and habits is intact, even though other memories are lost. There is truth to the cliché that you never forget how to ride a bicycle.

Memory investigators make a distinction between declarative memory and procedural memory. Amnesia affects these types of memories in different ways. 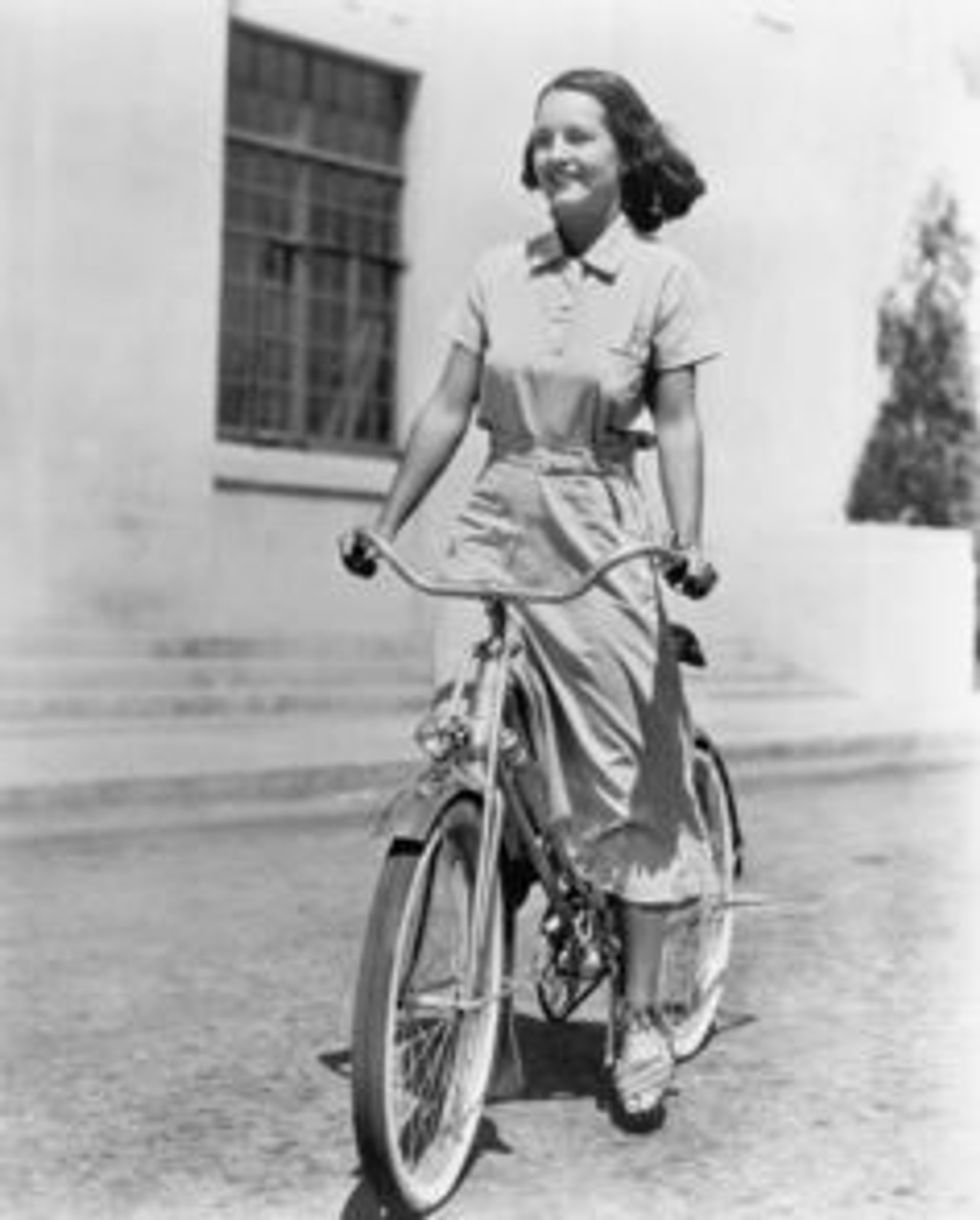 Procedural memories, like how to ride a bike, can endure when someone has amnesia.

Woman on bike via www.shutterstock.com.

Declarative memory includes anything you can “declare” or talk about. For instance, remembering that Paris is the capital of France, or that you had cereal for breakfast today, or that you have to take your allergy medicine tomorrow morning. While these types of memories are different in other, important ways, you are able to think or talk about the content of the memory and have an explicit awareness that you are remembering in each example. It is these declarative memories that are most affected by amnesia.

Procedural memory, on the other hand, are motor “procedures” or skills that you demonstrate through behavior. For instance, remembering how to fry an egg, or how to type a word on a keyboard, or how to hit a golf ball, or how to brush your teeth. These are tasks that are learned over time, but that are difficult to describe in words or to articulate when or how mastery was achieved.

Real-world amnesiacs not only remember how to do things that they had learned prior to their injury or illness, but they are also able to learn new skills. Procedural memory isn’t affected in the same way that declarative memory is.

The case of Henry Molaison

In the 1960s, neuropsychologist Brenda Milner first demonstrated how patients who lose the ability to form declarative memories are still able to learn new skills with the famous amnesiac patient, Henry Molaison (H.M.).

H.M. lost his memory after surgeons removed his hippocampus, a brain structure associated with memory, in an attempt to treat his severe epilepsy. Of course, this sort of surgery would not happen today. Typically, amnesia is the result of brain injury or illness.

H.M. was able to improve his performance on the difficult motor task of tracing a shape while being able to see only his hand and the shape reflected in a mirror.

Over a week of testing, H.M. made fewer and fewer mistakes on this mirror-tracing task, even though he never remembered ever having done the task before and had to have the goal explained to him each day. In other words, his declarative memory for the rules of the game and for experiencing it in the past was impaired, but his procedural memory for performing the task was spared.

H.M.’s inability to form new memories is characteristic of what is called anterograde amnesia. This form of amnesia is defined by the inability to form new declarative memories of facts, personal experiences or plans for the future subsequent to the injury or illness. This hallmark aspect of true memory loss is frequently absent from fictional amnesiacs, including Jason Bourne.

H.M. not only lost the ability to form new declarative memories, but also struggled with memory recall. This is called retrograde amnesia, and it is defined by the inability to retrieve memories from before the injury or illness. Real-life retrograde amnesia is different from how it is portrayed by the Bourne character (or other common fictional representations of amnesia).

For example, if a 40-year-old woman suffers from a brain injury resulting in amnesia, she will remember who she is, her childhood and most of her teenage years, then have fewer memories from her 20’s and even fewer from her 30’s, and few to no memories from the year or so before her injury. The first memory Bourne retrieves, in contrast, is the mission that immediately preceded his memory loss, and not older memories of his childhood, for instance.

In the subsequent films, Bourne is shown recalling his past experiences in a fragmentary, near-random way. It is also more strongly suggested in the later films that Bourne is likely suffering something called psychogenic amnesia. Unlike amnesia that stems from an illness or injury that causes brain damage, psychogenic amnesia has no known biological cause and is instead of psychological origin.

Real-life victims of trauma are more likely to have intrusive memories than memory loss. Intrusive memories are suddenly and unexpectedly brought to mind by cues in the environment. Having spontaneous memories is common, even for healthy individuals.

Because he is driven to discover his identity by recovering memories, Bourne seeks these types of environmental cues, for example, in “The Bourne Supremacy,” the second film in the series, by revisiting the Berlin hotel where he committed his first assassination. In the third film, “The Bourne Ultimatum,” Bourne returns to the facility where he was trained, and says he “remembers everything.”

More realistically, individuals who have experienced trauma tend to avoid circumstances that remind them of those tragic events. Their memories of the traumatic event (and events surrounding it) are typically accompanied by strong physiological and emotional reactions. Survivors often struggle with managing the flood of emotions that come with those memories.

A common therapeutic goal is to reduce emotional reactivity to the memory through pharmacological or behavioral interventions. 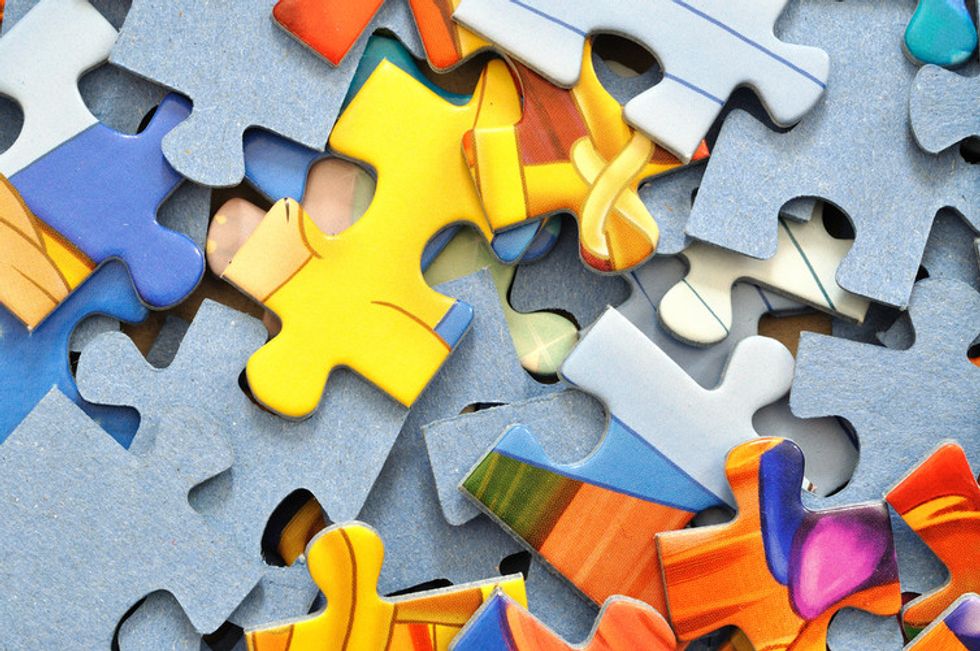 Putting the pieces together.

Putting the pieces together

Throughout the films, Bourne tries to piece together the events from his life to form a coherent story. This process is common to all of us as we develop and reconstruct autobiographical memory.

Those individuals for whom the trauma defines their life story and their sense of self often suffer the most from symptoms of post-traumatic stress disorder. Those people who are better able to contextualize and compartmentalize the trauma as a part of their life, but not the most important or central part of their life, seem to have better psychological, social and behavioral outcomes.

Jason Bourne’s memory-related issues are grounded in real-life experiences of both organic amnesiacs and trauma victims. However, his overall pattern of forgetting and then complete retrieval of all of his lost memories is a better plot device than representation of real-world memory loss and recovery.