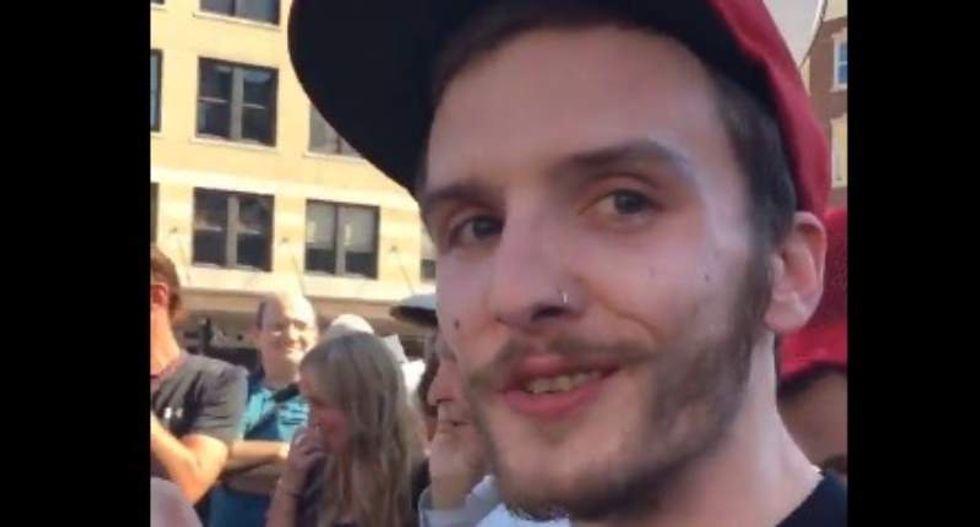 While Donald Trump fans back his attacks on Latino and Middle Eastern immigrants, they did not appear to be concerned with the allegations that his wife broke US immigration laws, Buzzfeed reported.

"I'm fine with Europeans coming here," said a 25-year-old Trump supporter who identified himself as Patrick on Thursday. When asked who he was not "fine" with, he said, "I'm pretty down with Western civilization."

Reports earlier in the day indicated that Melania Trump may have violated the terms of her short-term visa by taking part in a modeling shoot in 1995, which runs counter to her account of moving to the US in 1996.

Trump has attributed the questions surrounding her immigration status to "inaccurate reporting and misinformation," but when informed about the issue by Buzzfeed, a woman attending her husband's campaign rally in Portland, Maine went from vocally supporting his idea of a "wall" between the US and Mexico to expressing indifference.

"That doesn't matter to me," the woman said. "What matters to me is what's going on with Obama and with Hillary, and what went on with Bill Clinton."

Most of the Trump supporters I asked about Melania's questionable immigration story did not know and did not care. pic.twitter.com/aXgOv3liZX