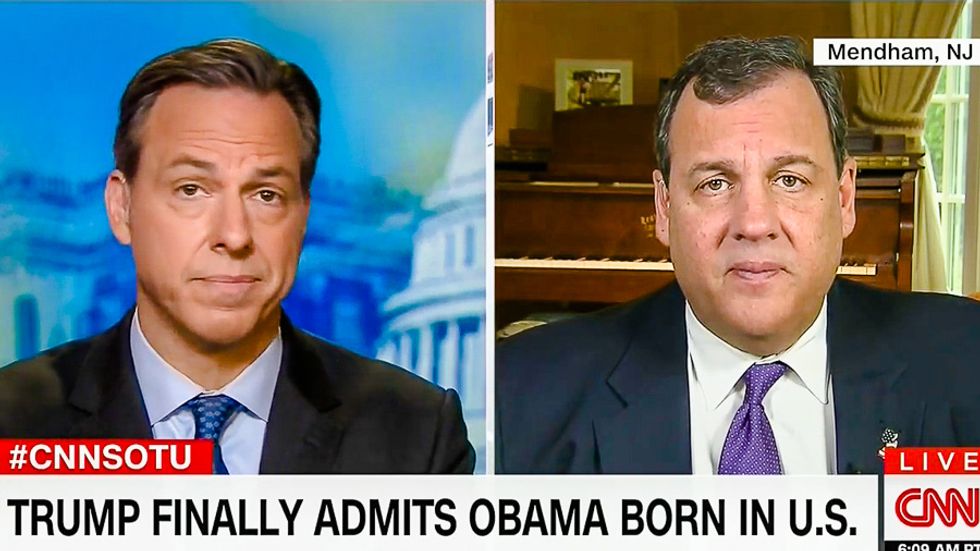 Over the weekend, CNN host Jake Tapper pointed out correctly to Christie during an interview that Trump refused to accept the president's birth certificate and "clung to the birther lie for years."

"He still isn't apologetic about it," Tapper noted. "Do you understand why so many people, including African-Americans, are upset with him over this issue."

"Donald has now made his position on it clear," Christie said, referring to Trump's recent unapologetic admission that Obama was a U.S. citizen. "After the president presented his birth certificate, Donald has said he was born in the United States and that's the end of the issue."

The New Jersey governor added the false suggestion that Hillary Clinton "also injected" the birtherism into her 2008 campaign "in a very quiet but direct way."

"Just as a point of fact," Tapper replied, "Donald Trump did not accept when Barack Obama released his birth certificate in 2011. He kept up this whole birther thing until Friday, that's five years."

"Sure he did," Tapper stated.

"It's just not true," Christie continued.

"No, Jake," Christie opined. "It wasn't like he was talking about it on a regular basis until then. And when the issue was raised, he made very clear the other day what he position is."