Ex-FBI agent does a frame-by-frame breakdown of the Keith Scott video: 'He’s complying in every way' 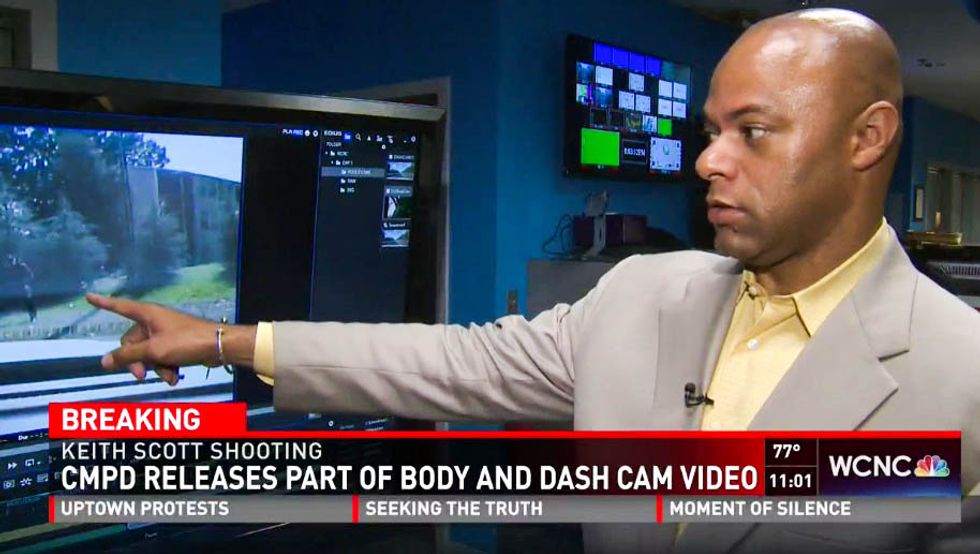 The Charlotte Police Department released dashboard camera and body camera videos of the Keith Scott shooting over the weekend, but they still left a lot of unanswered questions.

Local news station WFAA reached out to former FBI agent M. Quentin Williams -- who has written an entire book on how to prevent yourself from getting shot during confrontations with police -- to see if he could provide some definitive analysis of what the video shows.

Among other things, Williams concedes that the videos don't show whether or not Scott was holding a gun during the shooting, as we don't get a good look at his right hand from the footage that's been released.

All the same, Williams said that Scott appears to be complying with the officers' commands.

"He’s complying in every way — he didn’t get out shooting, he got out backwards complying, but it only takes a millisecond to turn and shoot this officer and this officer," he said.

All the same, he said that if Scott was holding a gun in his right hand, the police might have been justified in shooting him.

"It’s a tough call but since these officers are in danger I could see why some might consider it justified," he explained, although he once again emphasized that there is nothing in the videos to indicate Scott was holding a gun.

Check out Williams's full breakdown below.