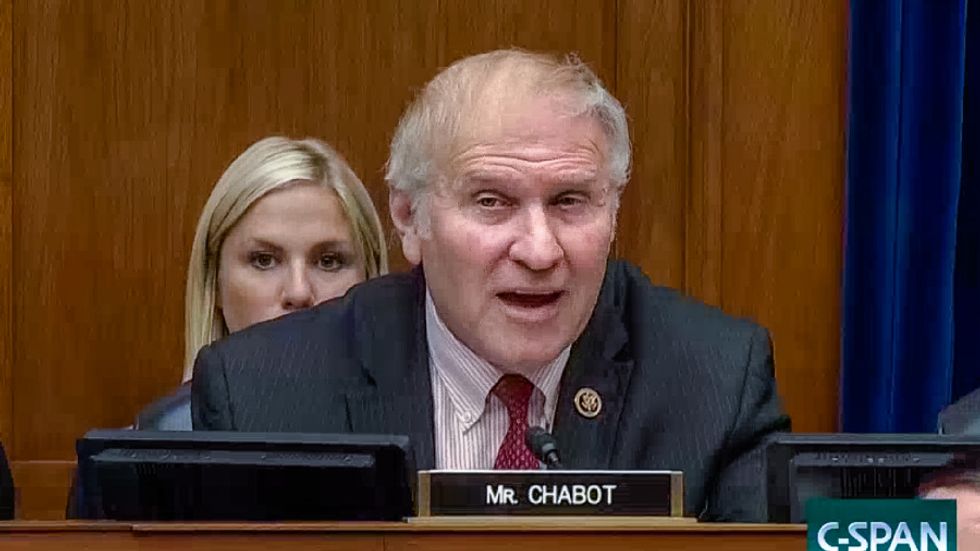 Although Clinton graduated from Wellesley College 40 years before she became secretary of state, Chabot brought up the school's honor code at a House oversight hearing on Wednesday.

Chabot began his questioning of Comey by noting that both men had attended William & Mary.

"Our alma mater is very proud of something called the honor code," he explained. "It says, 'As a member of the William and Mary community, I pledge on my honor not to lie cheat or steal either in my academic or in my personal life.'"

Chabot said that he "wondered" if Wellesley College also had an honor code.

"And I looked it up and they did!" he continued, pointing out that Wellesley students were required to "act with honesty."

"I'm sure the young women attending Wellesley today and those that have attended it in the past are proud that one of their own could be the next president of the United States," Chabot opined. "But a majority of the American people have come to the conclusion that Hillary Clinton is not honest and cannot be trusted."

Chabot went on to ask Comey a series of questions which he said proved the Clinton was "not honest."

In conclusion, the congressman accused the FBI director of having a "double standard" when it came to prosecuting Clinton.

"I disagree with that characterization," Comey replied. "I actually think if we were to recommend she be prosecuted, that would be a double standard because Mary and Joe at the FBI or some other place if they did this would not be prosecuted."