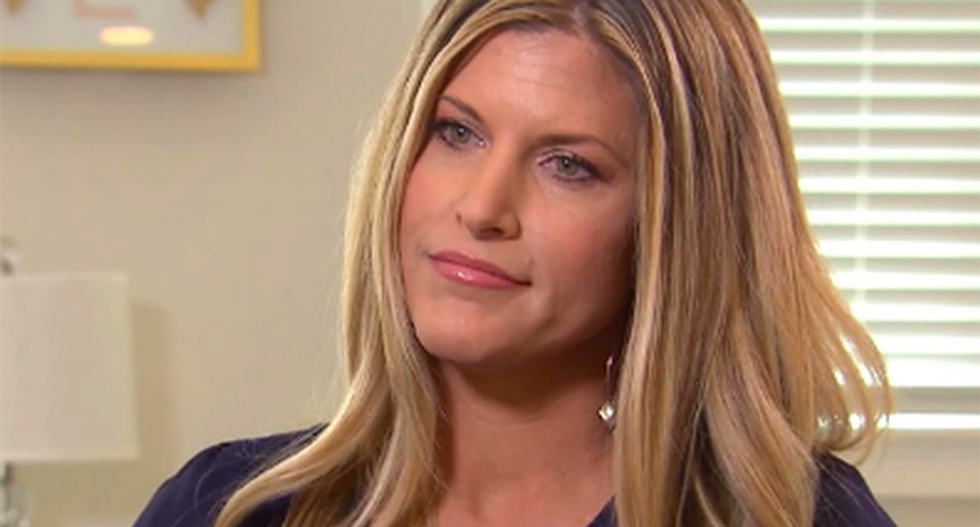 Temple McDowell has accused Donald Trump of forcibly kissing her without her consent multiple times, but that certainly doesn't make her a Clinton supporter.

The 1997 Miss Utah told the New York Times in May about her experience, well before the other 17 accusers spoke out.

"He kissed me directly on the lips. I thought, 'Oh my God, gross,'" she said. "He was married to Marla Maples at the time. I think there were a few other girls that he kissed on the mouth. I was like “Wow, that’s inappropriate.”

According to TMZ, however, McDowell's accusations of Trump didn't come because she's a Clinton supporter. She's supporting Utah Independent candidate Evan McMullin, though she said that she has always voted Republican.

She told the site she was outraged by Trump's accusations that Clinton coerced women to go public with "fake stories" and attacks on him. Not only has she never spoken to the Clinton campaign, she's willing to show her phone records to prove it.