Sarah Palin tells Bill O’Reilly: Donald Trump will win on Tuesday because 'polls are for strippers' 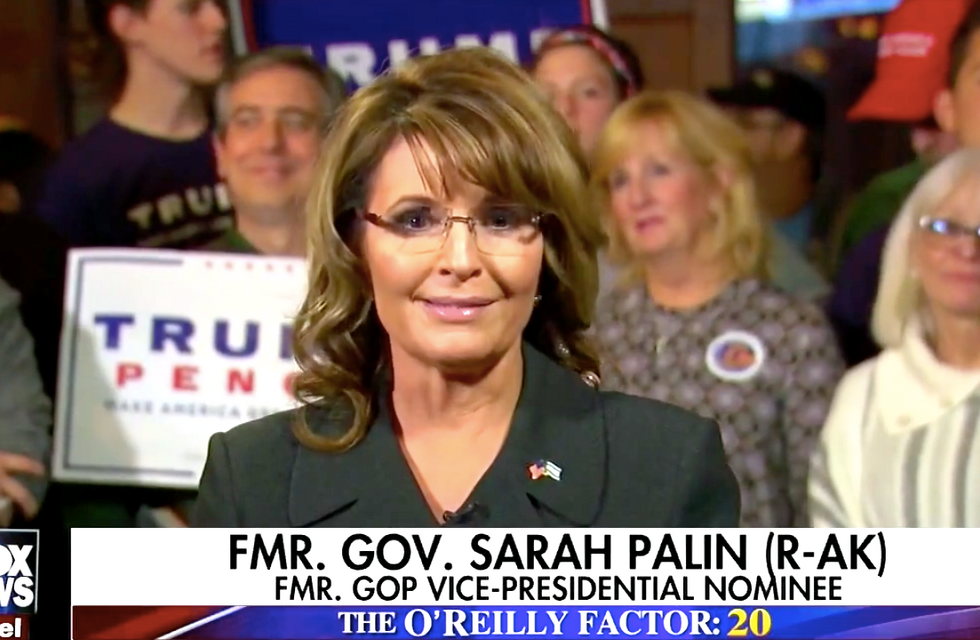 "Well, if Trump wins, then America wins," said Palin, who was appearing via satellite from Detroit.

Palin said that she heard O'Reilly querying guests on whether the "Trump momentum" had ebbed.

"You're not in Michigan, then, cos they are hot, hot, hot for Trump," Palin said.

"The polls say that Clinton's up by five," O'Reilly said. "Are you willing to make a prediction that Trump will carry Michigan this time around?"

"There's no reason why he wouldn't," Palin said. "Like I've said before, polls are only good for strippers and cross-country skiers. What matters is that two days from now, you know, the gettin' out the vote effort and making sure these Reagan Democrats and independents and Michigan Republicans get out their vote."

"I just don't put a whole lot of faith in polls, especially two days out," she said.