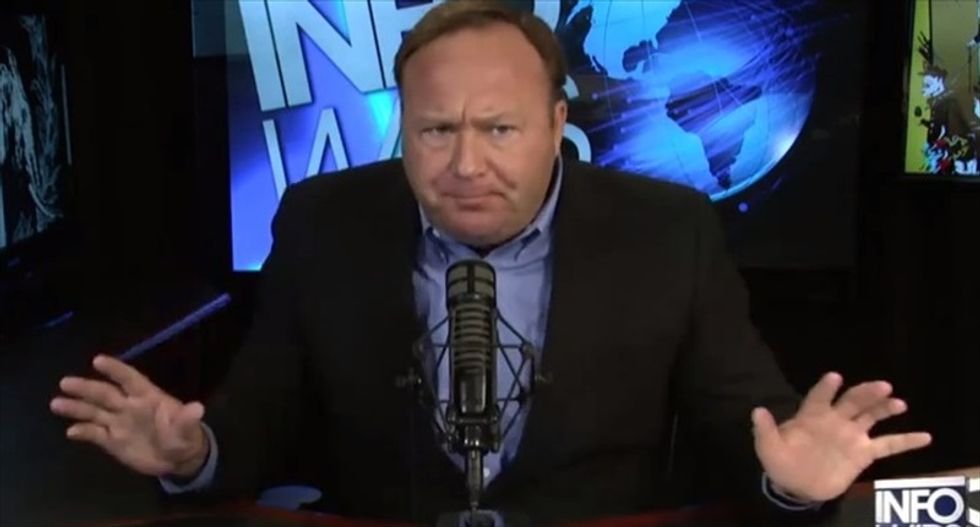 Last month, conspiracy theorist and Donald Trump supporter Alex Jones alleged that there was a child sex ring being run by Hillary Clinton and Democratic operatives out of the basement of a D.C. pizzeria called Comet Ping Pong.

Last week, one of his fans arrived at Comet Ping Pong with an assault rifle and fired off shots. The 26-year-old North Carolina man said he’d come to “investigate" the restaurant himself

Now, the video of Jones' claims regarding the so-called "Pizzagate" scandal has been deleted from his YouTube channel after significant backlash and the shooting that took place at the restaurant, Media Matters reports.

Jones' "Pizzagate" conspiracy alleged that Hillary Clinton aides were running a child sex trafficking business through Comet Ping Pong. Jones urged his listeners, "go investigate it for yourself" because "Something’s going on. Something’s being covered up. It needs to be investigated."

The video, which was called "Down The #Pizzagate Rabbit Hole" was removed by the YouTube account as of Dec. 7.

Jones did warn in his original video that "Not everybody in the WikiLeaks is involved in this. Clearly."

Media Matters recovered a portion of the original radio segment that Jones posted on Nov. 27, which you can listen to below.