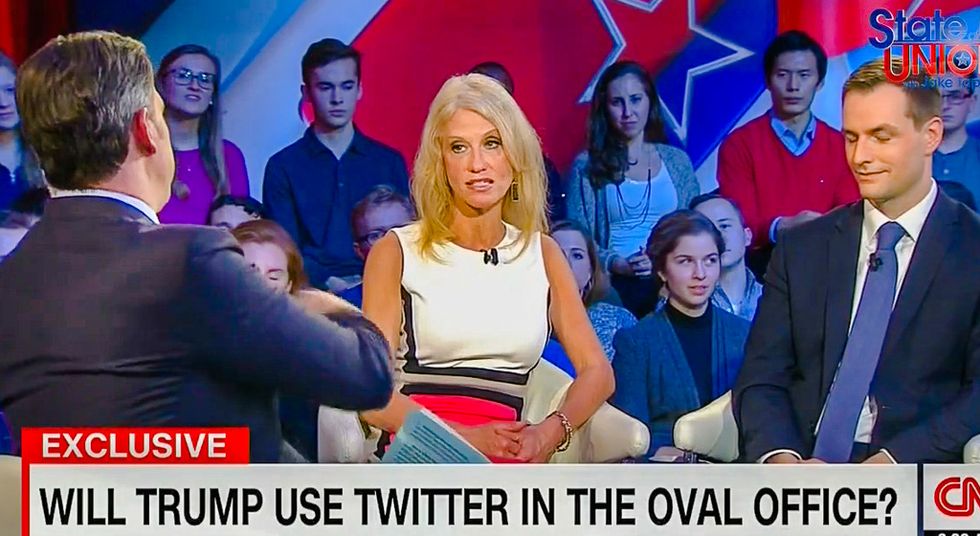 During a forum at the Harvard Kennedy School's Institute of Politics last week, a student questioned Trump's use of Twitter as a communications strategy. In recent tweets, Trump made false claims about election fraud, attacked reporters and complained about his portrayal on Saturday Night Live.

"I will tell you that the president-elect looks at his social media accounts -- combined 25 million, probably more at this point, users on Twitter and Facebook -- as a very good platform which to convey his messages," Conway explained. "He's a unique person who's been following his instincts and his judgement from the beginning."

But CNN host Jake Tapper questioned whether Trump's use of Twitter was "presidential behavior."

The former campaign manager's statement provoked gasps from the audience.

"So the things that Bill Clinton did in the Oval Office that you criticized, those were presidential?" Tapper interrupted. "You are saying if the president does it, it's presidential?"

She added: "The fact is that he's president of the United States. And he's tackling very big issues."