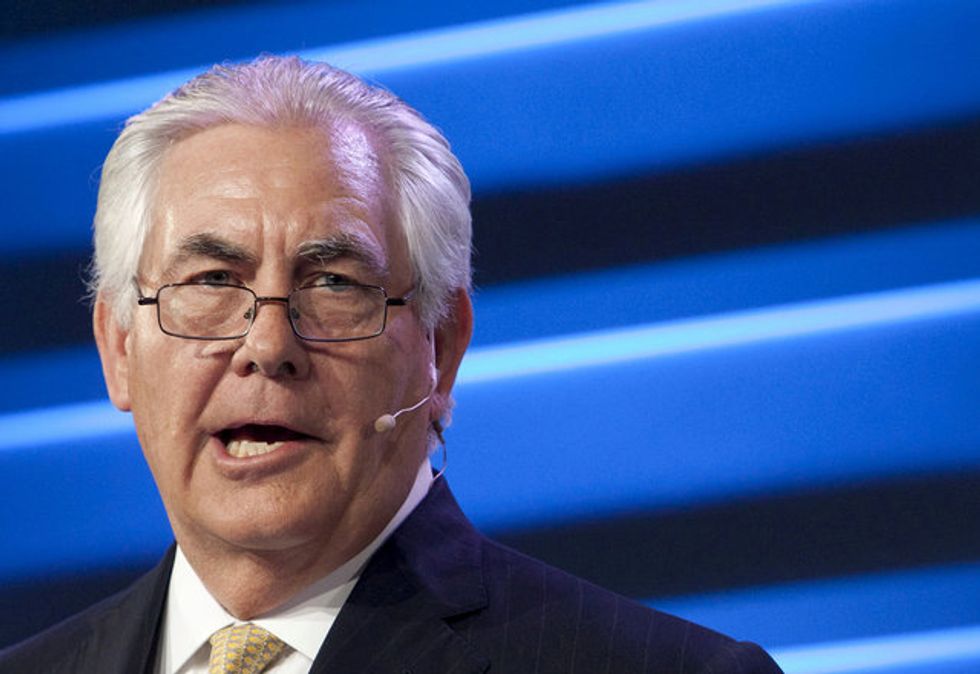 The Kremlin on Monday praised Rex Tillerson, front-runner to be U.S. President-elect Donald Trump's pick for Secretary of State, as highly professional.

Trump is expected to name Tillerson, chief executive of Exxon Mobil, as Washington's top diplomat, a source familiar with the situation said on Saturday. The appointment would add another figure in Trump's cabinet with close ties to Russia.

"As part of his duties as head of one of the biggest oil companies, he had contacts with our representatives," Kremlin spokesman Dmitry Peskov, said on a conference call with reporters. "He carries out his duties in a highly professional way."

Asked about how close Tillerson is to Putin, Peskov said: "They had working meetings. Indeed, the president received Mr. Tillerson several times."

"As for assertions about whether he will treat the Russian Federation well or badly, there is a big difference between being secretary of state and being head of a company, albeit a large one," said Peskov.

"Any sympathies and so forth always take a back seat and all that remains is a willingness to show a constructive attitude and to display professionalism. So we hope that this is exactly what will happen."

As Exxon Mobil CEO, Tillerson has worked on energy projects in Russia and has built close ties with Igor Sechin, the chief executive of Russian oil major Rosneft who is also a close Putin associate.