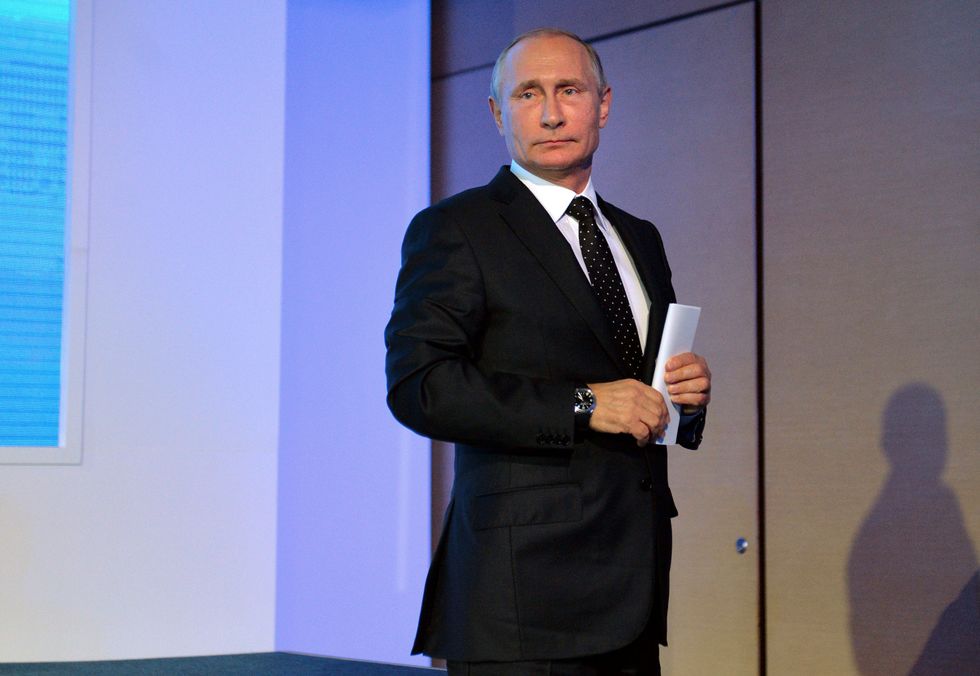 Russian President Vladimir Putin supervised his intelligence agencies' hacking of the U.S. presidential election and turned it from a general attempt to discredit American democracy to an effort to help Donald Trump, three U.S. officials said on Thursday.

U.S. intelligence agencies' conclusion that Russia tried to influence the election by hacking people and institutions, including Democratic Party bodies, has angered President-elect Trump, who says he won the Nov. 8 vote fairly. Russian officials have denied accusations of interference in the U.S. election.

Separately, a senior White House official said on Thursday that Putin was likely to have been aware of the cyber attacks but he fell short of accusing the Russian president.

"I don't think things happen in the Russian government of this consequence without Vladimir Putin knowing about it," Ben Rhodes, the White House's deputy national security adviser, told MSNBC. "When you're talking about a significant cyber intrusion like this, we're talking about the highest levels of government."

The U.S. officials - who have knowledge of intelligence information on the matter - said on the condition of anonymity that the hacking of U.S. political groups and figures had a more general focus at first.

"This began merely as an effort to show that American democracy is no more credible than Putin's version is," one of the officials said.

"It gradually evolved from that to publicizing (Hillary) Clinton's shortcomings and ignoring the products of hacking Republican institutions, which the Russians also did," the official said.

By the fall, the official said, it became an effort to help Trump's campaign because "Putin believed he would be much friendlier to Russia, especially on the matter of economic sanctions" than Democratic rival Clinton.

Democratic President Barack Obama said in an interview with National Public Radio that the United States will take action against Russia.

"I think there is no doubt that when any foreign government tries to impact the integrity of our elections ... we need to take action and we will," he said according to excerpts of the Thursday interview released by NPR.

"At a time and a place of our own choosing. Some of it may be ... explicit and publicized; some of it may not be. ... Mr. Putin is well aware of my feelings about this, because I spoke to him directly about it," Obama said.

NBC reported earlier that U.S. intelligence officials have "a high level of confidence" Putin was personally involved in the Russian cyber campaign against the United States.

Hacked emails of Democratic operatives and Clinton aides were leaked during the presidential campaign, and at times dominated the news agenda. The U.S. officials said Russia also hacked Republicans but did little to nothing with the information they found.

"I think this is just silly, and the futility of the attempt to convince somebody of this is absolutely obvious," he said.

Trump, who takes office on Jan. 20, has brushed off reports of Russian hacking of U.S. political institutions.

"If Russia, or some other entity, was hacking, why did the White House wait so long to act? Why did they only complain after Hillary lost?" Trump wrote in a post on Twitter on Thursday.

In fact, the U.S. government did formally accuse Russia of a campaign of cyber attacks against U.S. political organizations in October - one month ahead of the election.

Obama last week ordered a review by the U.S. intelligence agencies about foreign interference in the 2016 election.

Asked on Thursday about the hacks, Secretary of State John Kerry described how Obama had been considering the evidence ahead of the October announcement.

"The president made the decision based on the input that was carefully, carefully vetted by the intelligence community ... that he did have an obligation to go out to the country and give a warning. And he did so," Kerry said at a news briefing.

The three U.S. officials who spoke to Reuters said the fact that Putin oversaw a hacking operation was not surprising and is standard operating procedure in Russia.

"If anything, given his background as a KGB officer, Putin has a much tighter grip on all Russian intelligence operations, civilian and military, foreign and domestic, than any democratic leader does," one official said.

The reports of Russian hacking have raised concerns among both political parties in Congress, with top Republicans breaking with Trump to call for closer scrutiny.

An American nurse was sentenced to life imprisonment on Tuesday over the murder of seven veterans to whom she had given lethal doses of insulin while they were under her care in a hospital.

"There is no explanation and certainly no justification," Judge Thomas Kleeh told Reta Mays as her sentence was imposed. "You're the worst. You're the monster that no one sees coming."

Efforts to weed out police officers with ties to violent extremist groups are being met with resistance by police departments across the United States, the New York Times reports.

According to the Times, lawmakers in California, Oregon, Minnesota, Tennessee, and Washington, D.C. have been trying to give police departments greater authority to fire officers whom they find to be supportive of organizations such as the Proud Boys and the Oath Keepers, but so far have found departments resistant to their ideas.