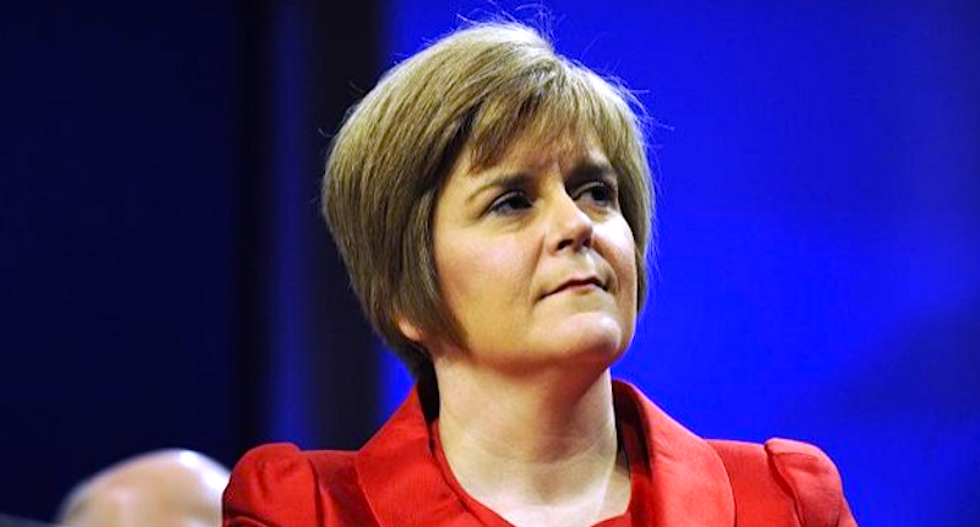 Trump's mother was Scottish and the president-elect owns two luxury golf resorts in Scotland, including one near Aberdeen where construction work and broken promises on investment have angered local residents.

Sturgeon offered her congratulations and "expressed her belief in the values Scotland and the United States share", a Scottish government spokeswoman said.

Trump's office said in a statement that Trump and Sturgeon "look forward to strengthening the relationship between Scotland and the United States".

Following Trump's election victory in November, Sturgeon told the Scottish Parliament that she was not prepared to stay silent in the face of "attitudes of racism, sexism, misogyny or intolerance".

Trump was once a business ambassador for Scotland.

He was feted by Sturgeon's predecessor Alex Salmond but the two then fell out when Trump sought to block a wind farm development near his golf course.

The left-wing Scottish National Party's feud with the Republican continued under Sturgeon, who rescinded Trump's "Global Scot" status after he pledged to halt Muslim immigration into the United States.

Sturgeon said last month that it was ironic that Trump -- who has threatened to build a wall on the Mexican border -- was elected on the anniversary of the fall of the Berlin Wall 27 years ago.

"I very much hope that we see a president Trump who is very different from the candidate Trump," she said.

In a phone call with British Prime Minister Theresa May in November, Trump emphasised his personal ties and "warmth" for Britain, saying it was "a very, very special place for me and for our country".