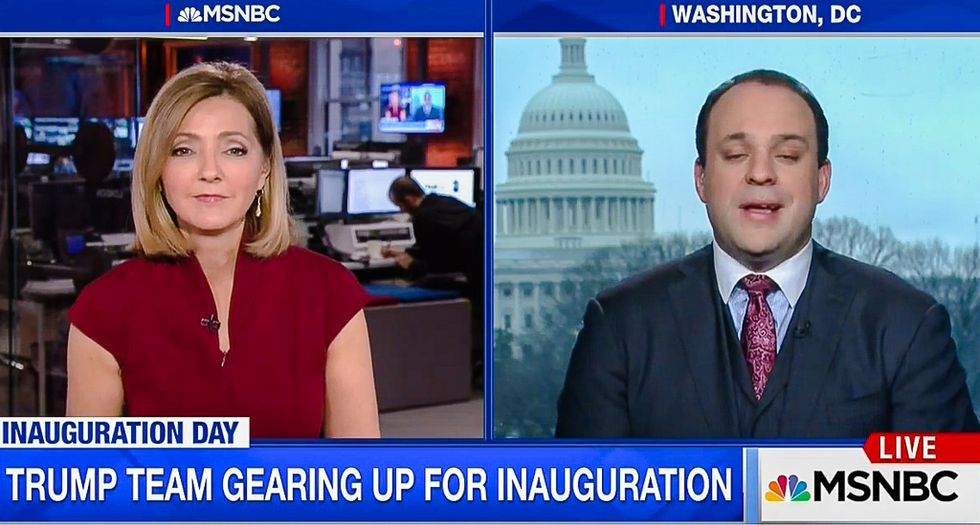 A senior member of President-elect Donald Trump's transition team suggested on Thursday that America would "be a leader in the world once again" after President Barack Obama leaves office because the country had chosen a "real man" over Hillary Clinton.

During an interview on MSNBC's Chris Jansen, Trump adviser Boris Epshteyn downplayed reports that members of the Rockettes had objected to performing at the president-elect's inauguration.

"It's about the people," he insisted. "It's not about any performers, any celebrities. This inauguration and this presidency is going to be all about the people. And people all over this country, who are coming out, who are supporting Donald J. Trump, Vice President-elect Mike Pence and are supporting the Trump movement, which is all about unity and coming together."

Epshteyn argued that Trump was "already the leader of this country."

"Of course, there's going to be a lot of the authentic parts of Donald Trump," Epshteyn said of the inaugural address. "Because that's why he is the president-elect, that's why he's becoming president because the people elected a real man, a true man, a man who loves this country to the very bottom of his heart."