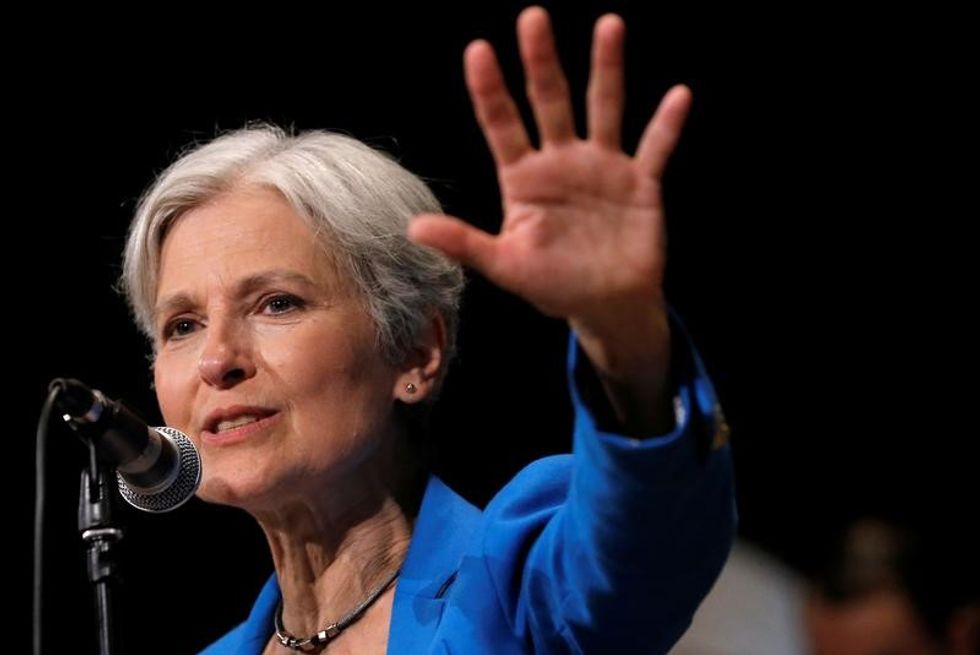 A U.S. judge in Pennsylvania on Monday rejected Green Party candidate Jill Stein's request for a recount of the state's ballots in last month's presidential election and an examination of voting machines for evidence of hacking.

The decision came on the same day that Wisconsin election officials expect to complete their state's recount, although the results will not change the outcome.

Stein, who finished fourth in the election behind President-elect Donald Trump, had challenged the results in Pennsylvania, Wisconsin and Michigan. All of those traditionally Democratic strongholds supported Trump, a Republican, in the Nov. 8 vote.

The Michigan Supreme Court on Friday denied Stein's last-ditch appeal to secure a recount there.

Even if all three recounts had taken place, it was considered highly unlikely that they would flip the overall result from Trump to Democratic challenger Hillary Clinton.

Stein had argued that Pennsylvania's use of electronic voting machines with no paper trail in some districts left the system vulnerable to hacking.

In a 31-page opinion, U.S. District Judge Paul Diamond in Philadelphia said there was no evidence suggesting hacking had occurred. He also emphasized that the deadline to certify the state's electoral votes is Tuesday, making it impossible to hold a recount in time.

Diamond said "suspicion of a 'hacked' Pennsylvania election borders on the irrational."

Stein could appeal the court's decision. Her campaign did not immediately comment.

While there is no evidence of large-scale voting machine hacking, U.S. intelligence agencies have concluded that Russia targeted Clinton in a series of cyberattacks on Democratic Party groups. Trump has questioned those reports.

U.S. presidential elections are determined not by the overall national popular vote but by the Electoral College, which awards votes based on the outcome in each state.

Trump, who won a projected 306 Electoral College votes to Clinton's 232, is set to take office on Jan. 20. Clinton won the popular vote by more than 2.6 million ballots nationwide, according to the latest count.

Stein did not win any electoral college votes.