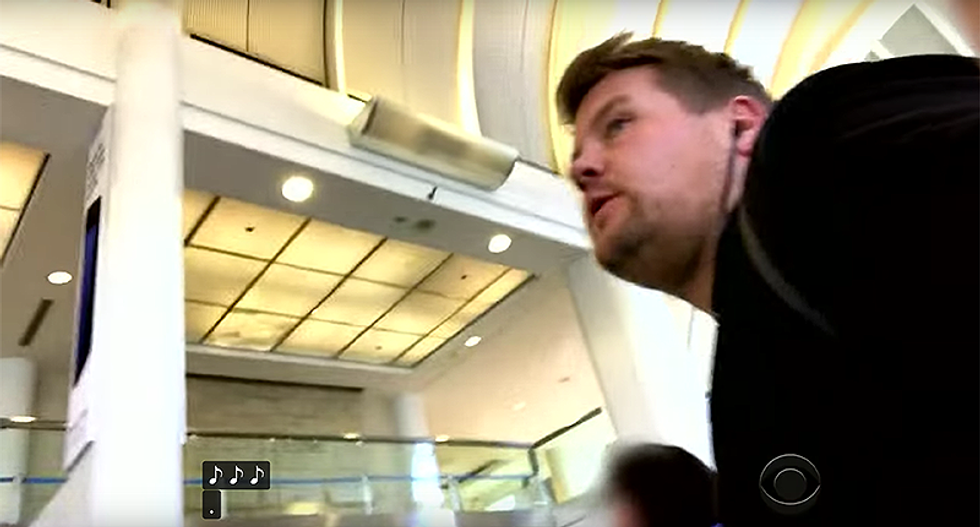 James Corden easily travels in and out of the US (Photo: Screen capture)

Talk show host James Corden filmed a quick video while heading out of town to demonstrate how easy it is for some to travel in and out of the United States.

The “Late Late Show” host — who’s a British national — is seen climbing into the back of a car, arriving at Los Angeles International Airport, taking his shoes off at the TSA screening, grabbing a sandwich and boarding the plane. Protesters can be seen outside the entrance doors of LAX holding signs.

At no time was Corden harassed or bothered by anyone. When he approached his gate and gave his ticket to the attendant, she politely asked him how he was feeling and the two exchanged polite chit-chat. He then easily boarded the plane.

"Today, James flew out of Los Angeles," the screen reads. "Freedom of movement should be this easy for all legal immigrants. Not just the white and Christian ones."

You can watch the short video below: