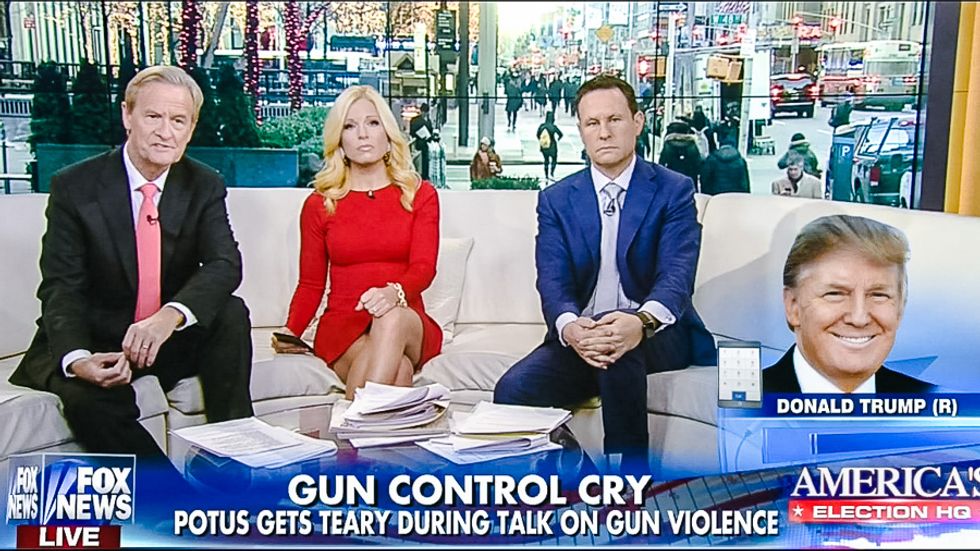 Actress Meryl Streep lit into President-elect Donald Trump for mocking a reporter's disability at the Golden Globes on Sunday night, which meant it was time for Fox News to spring into action to bail him out.

On Monday morning, Fox & Friends' Twitter account posted a video along with the caption, "Meryl Streep slammed Mr. Trump for 'mocking' a disabled reporter, but videos show he may not have targeted reporter."

The video compilation shows Trump at various points in his campaign making hand gestures that were somewhat similar to the gestures that he made while mocking New York Times reporter Serge Kovaleski during a campaign rally in 2015.

Of course, as this Washington Post report makes clear, it is highly unlikely that Trump was not consciously mocking Kovaleski's disability.

First, Trump has known the reporter for years and has met him face to face. Second, he specifically tells his audience that "the poor guy, you ought to see this guy," before he starts jerking his body around trying to imitate him.