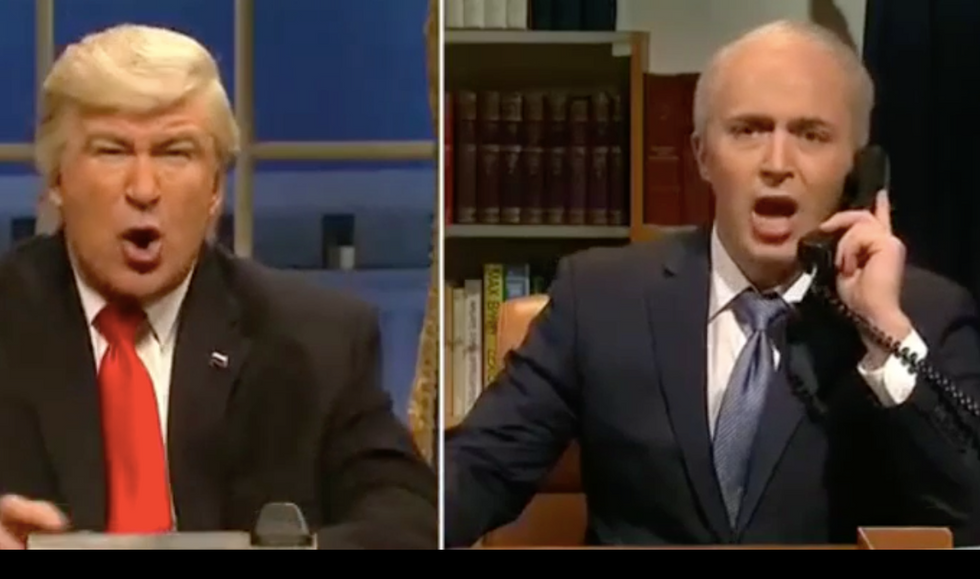 Steve Bannon appeared as the Grim Reaper and when Trump said he was tired and irritable and felt like he might freak out on someone, Bannon suggested, "Maybe you should call Australia."

Trump got into a heated discussion with Australian Prime Minister Malcolm Turnbull.

"America first, Australia sucks, your reef is failing, prepare to go to war," he said before hanging up.

"No, that went just according to plan," Bannon replied.