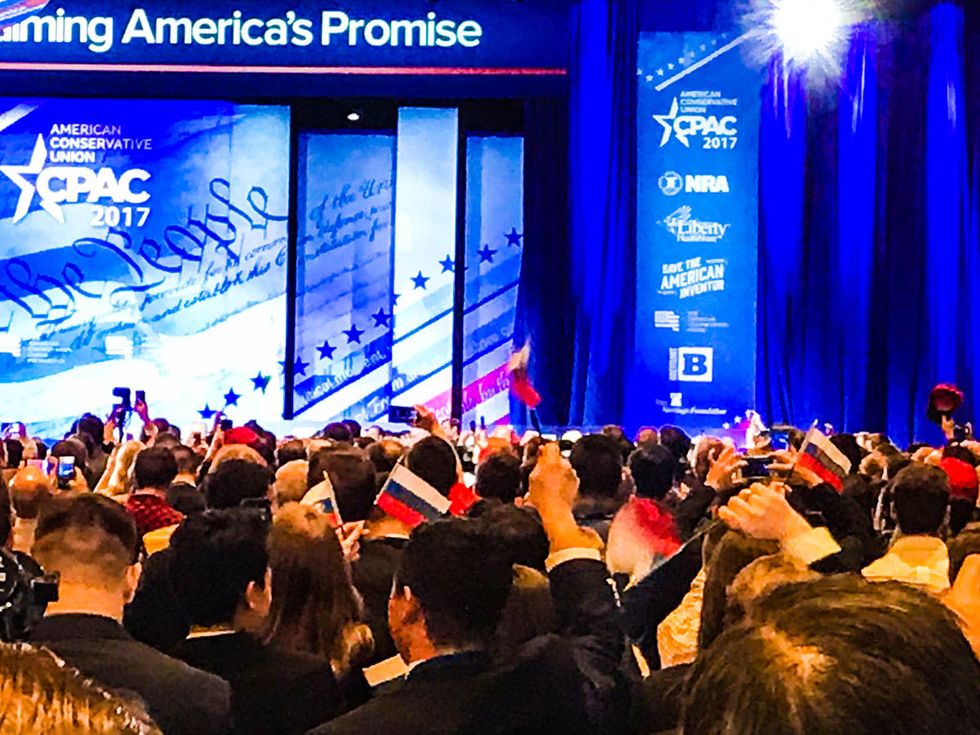 Staffers at CPAC quickly scrambled to confiscate Russian flags with the word "TRUMP" written on the front that were being waved by attendees during President Donald Trump's speech on Friday.

The trouble began when some attendees took out pro-Trump flags to wave during the president's speech that also happened to have the same white-blue-and-red striped pattern as Russia's official flag.

Reporter Peter Hamby notes that CPAC staffers quickly realized that its attendees were waving Russian flags, and moved to confiscate them.

ABC News's Ali Rogin has also posted a photo of a larger version of the Russian Trump flag.

The flags were handed out by an anti-Trump activist named Ryan Clayton.

“Donald Trump is a clear and present danger to the U.S. Constitution and the American people,” Clayton, the leader of Americans Take Action, told PEOPLE. “That’s why Putin picked him for president, because he knows the Trump regime is good for Russian interests, not the American people. Trump is Putin’s puppet, a traitor to the United States, and must be impeached immediately.”