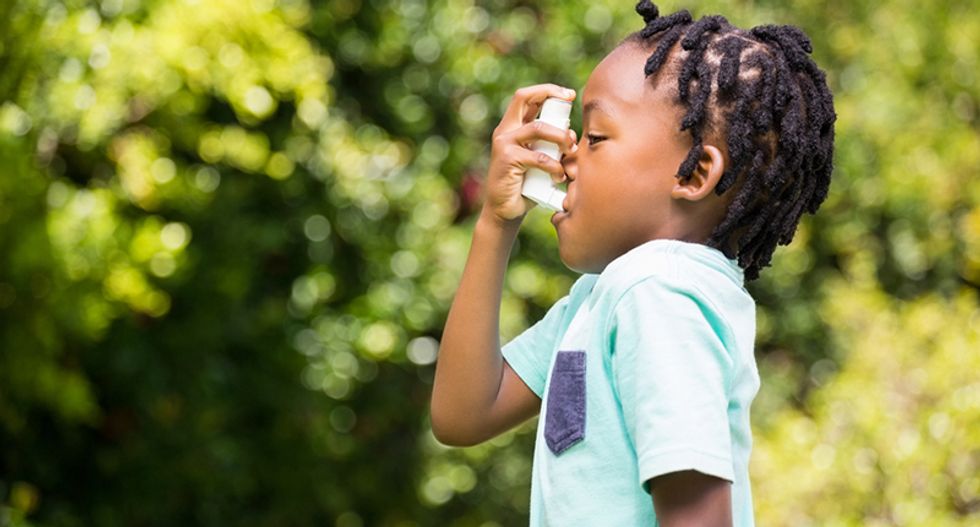 When senators Bernie Sanders and Ted Cruz debated the merits of the Affordable Care Act of 2010, aka Obamacare, on February 7, Sanders had a dire prediction: “We are moving into an era where millions of people who develop terrible illnesses will not be able to get insurance, and God only knows how many of them will die.” The Vermont senator, who favors a single payer or “Medicare for all” system, was right to be concerned. It remains to be seen when or how Republicans in the U.S. Senate and the House of Representatives will repeal the ACA; Sen. Rand Paul has been complaining that repeal is taking much too long and that fellow Republicans don’t appear to be in a hurry to repeal it. But the Urban Institute estimates that if and when Republicans do repeal the ACA, “The number of uninsured people would rise from 28.9 million to 58.7 million in 2019, an increase of 29.8 million people”—and Sanders has predicted that “36,000 people will die yearly as a result.”

Sanders is not exaggerating about the potential death toll; if anything, he is being optimistic. In 2009, a pre-ACA Harvard Medical School/Cambridge Health Alliance study found that almost 45,000 Americans were dying annually due to lack of health insurance. Shortcomings and all, the ACA—according to Gallup—has reduced the number of uninsured Americans aged 18-64 from 18% in 2013 to 11.9% in late 2015. And that includes millions of Americans with pre-existing conditions such as diabetes, heart disease and asthma. The ACA has not only made it illegal for insurance companies to exclude people due to pre-existing conditions, but it has also emphasized preventive care and screenings, which can prevent chronic conditions from developing or at least treat them after a diagnosis. Without those protections, it stands to reason that diabetes, heart disease, cancer and other potentially life-threatening illnesses will be on the rise.

Here are several diseases that are likely to increase or have much worse outcomes if Republicans succeed in abolishing Obamacare and render millions of Americans uninsured.

According to the American Diabetes Association, 30 million Americans suffer from diabetes, while another 86 million have prediabetes. For those 116 million Americans, access to health care is crucial; diabetes, if not managed and controlled, can lead to everything from amputations to heart disease, stroke and blindness. And when prediabetes is managed, patients have a much better chance of avoiding full-blown diabetes. Bearing those things in mind, the American Diabetes Association sent members of Congress a letter in December warning them how dire the consequences could be for Americans with diabetes or prediabetes if the ACA is repealed without a suitable replacement.

“The ACA,” the American Diabetes Association told Congress in the letter, “ended fundamental inequities in access to adequate and affordable health insurance that separated Americans with diabetes from the tools they needed in the fight against the horrific and costly complications of diabetes, including blindness, amputation, kidney failure, heart disease, stroke and death. Repealing the ACA will create huge access barriers for millions of Americans, especially if no fully defined replacement is put in place immediately to meet the health care needs of individuals with chronic health conditions like diabetes.”

In 2016, medical researchers Rebecca Myerson and Neda Laiteerapong examined the ACA’s possible effects on diagnosis and treatment of Type 2 diabetes. The physicians found that 23% of American adults, aged 18-64, with diabetes lacked health insurance in 2009/2010, but said it was “likely that a significant fraction became insured in the subsequent years due to ACA provisions.”

Jennifer Kates, director of HIV policy for the Kaiser Family Foundation, has described the ACA as a “watershed moment” for Americans living with HIV, and the Centers for Disease Control called it “one of the most important pieces of legislation in the fight against HIV/AIDS in our history.” Kaiser research has indicated that 200,000 HIV-positive Americans may have gained coverage through the ACA, and according to the AIDS Foundation of Chicago, the ACA brought insurance to 12,000 HIV-positive Illinois residents.

With HIV treatment, one of the goals is avoiding full-blown AIDS. In a recent article for The Advocate, Carl Schmid, deputy executive director of the AIDS Institute, warned that ACA repeal could be devastating for Americans living with HIV and that access to treatment can be a matter of survival.

“If Congress repeals the ACA without simultaneously replacing it with programs that ensure comprehensive health coverage for the same, if not more, individuals, the private insurance market will become unstable—and people with HIV and others would lose access to the care and treatment that they rely on to remain healthy,” Schmid said. “People with HIV, who depend on a daily drug regimen, cannot risk losing access to their health coverage—not even for a single day… We cannot afford to go backwards by eliminating or destabilizing the health care that the ACA provides.”

In January, Gregory Cooper and his colleagues at University Hospitals’ Cleveland Medical Center in Ohio released a study that compared access to cancer screenings before and after the ACA, which they found was making it easier to obtain mammograms but needed to do more to encourage colonoscopies. Cooper, reflecting on GOP plans to repeal the ACA, stressed that the U.S. needs more cancer screening, not less, saying, “If you take away people’s health insurance and they're going to pay out of pocket for health care, are they going to get a mammogram, or are they going to buy food? People are going to do what gives them the best benefit in the short term, which is food and shelter.”

Amino, Inc., researching 129 insurance companies, has offered some estimates on possible out-of-pocket costs for cancer screening in a post-ACA environment; in Alaska, for example, the costs could be almost $500 for a routine mammogram or $2,565 for a colonoscopy. And as Cooper pointed out, Americans will put off or avoid potentially life-saving tests when they become cost-prohibitive.

In 2015, researchers at George Washington University School of Public Health released a study on the effect the ACA was having on hypertension, a major factor in heart disease and stroke. The researchers reported that 78 million Americans suffer from hypertension and that “lack of insurance coverage is a critical barrier to better treatment of hypertension,” and they predicted that if ACA expansion continued, it “would lead to a 5.1% increase in the treatment rate among hypertensive patients.”

In 2015, the Harvard T.H. Chan School of Public Health published a study that linked the ACA with better outcomes for three conditions: diabetes, high cholesterol and high blood pressure. The study found that uninsured people suffering from any of those conditions were much less likely to find out they had a problem, whereas insured people had a 14% greater chance of finding out if they had diabetes or high cholesterol and a 9% greater chance of finding out they had high blood pressure. And for those who those who were diagnosed, the Chan School found, being insured greatly improved one’s chances of controlling blood sugar, total cholesterol or systolic blood pressure.

Joshua Saloman, a senior author of the study, said, “These effects constitute a major positive outcome from the ACA. Our study suggests that insurance expansion is likely to have a large and meaningful effect on diagnosis and management of some of the most chronic illnesses affecting the U.S. population.”

But instead of insurance expansion, Republicans could significantly reduce coverage. Even John Kasich, right-wing governor of Ohio and one of the many Republicans who lost to Donald Trump in the 2016 GOP presidential primary, sounded a lot like a Democrat when he said that while there is “room for improvement” with the ACA, he was worried about what would happen to “these people who have very high cholesterol" if it is repealed without a solid replacement.

Before the ACA, the term “pre-existing condition” as defined by health insurance companies was far-reaching; anything from multiple scleroses to kidney disease to anemia was grounds for rejecting an application for coverage. For people with asthma, obtaining health insurance was difficult or impossible 17.7 million adults, according to the Centers for Disease Control, suffer from asthma in the U.S., and when asthma is not treated or controlled, it can become life-threatening (in 2014, CDC attributed more than 3600 deaths annually in the U.S. to asthma).

In 2013, a Harvard Medical School study cited lack of health insurance as the main reason asthma care for young adults deteriorated when they turned 18; emergency room visits became more frequent, and medications often became cost-prohibitive. But with the ACA’s implementation, young asthmatics could stay on their parents’ health plans until 26—and asthmatics, regardless of age, could not legally be refused coverage because of their condition. With full ACA repeal, however, it could once again become legal for insurance companies to deny coverage to asthmatics. And even partial ACA repeal could make asthma care cost-prohibitive.

While ACA repeal is likely, it remains to be seen what, if anything, Republicans would replace it with. Rep. Steve King has made it clear he couldn't care less if the ACA is repealed without a replacement. However, Rep. Tom Price, President Trump’s nominee for secretary of the U.S. Health and Human Services Department, has proposed replacing it with a plan that would eliminate Medicaid expansion, thus making coverage more expensive for Americans with preexisting conditions. And President Trump has promised that after the ACA, Americans can look forward to more comprehensive coverage at much lower prices. But it’s an empty promise because he has yet to offer any specifics.

In other words, Republican plans for an ACA alternative range from terrible to woefully inadequate to nonexistent. To make matters worse, Rep. Paul Ryan is still pushing for Medicare privatization, meaning that Americans who suffer from ACA repeal could be facing additional hardships if they live to see 65. With Republicans going out of their way to make access to health care difficult or impossible for millions of Americans, the future looks grim for anyone suffering from cancer, HIV, hypertension or other potentially deadly illness.