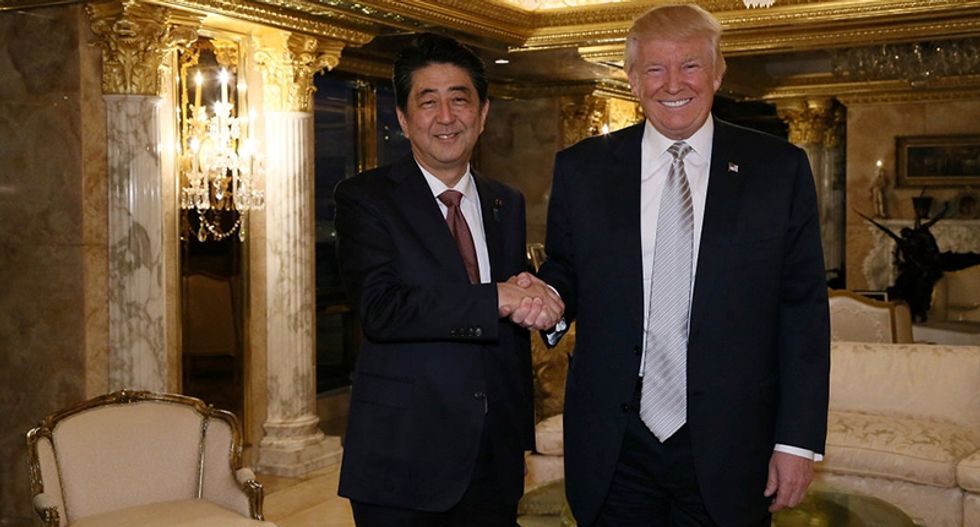 President Donald Trump has invited Japanese Prime Minister Shinzo Abe to visit his private Mar-a-Lago resort in Florida over the weekend after the two leaders meet on Friday in Washington, the White House said on Tuesday.