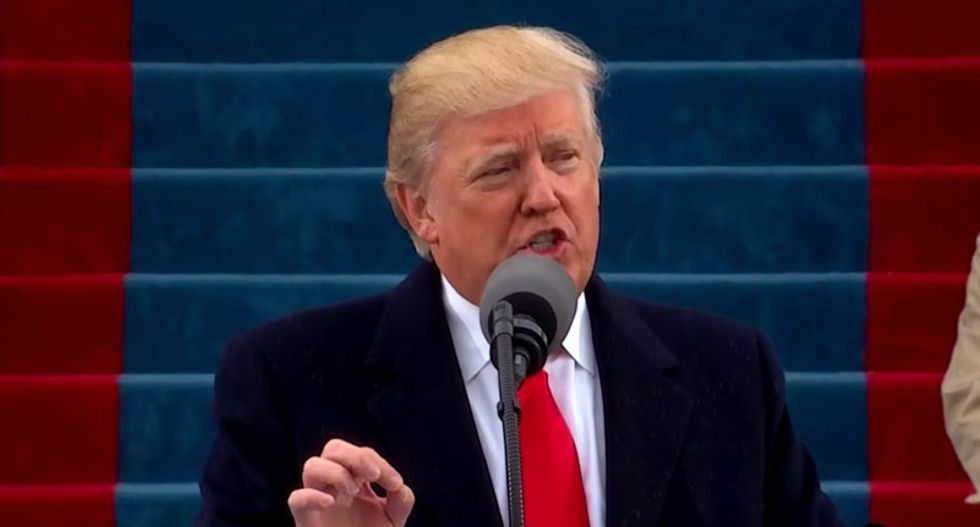 Pres. Donald Trump took another pot shot at the media on Sunday as he left his Florida resort, claiming that the hundreds of protesters who greeted his motorcade were "big crowds of enthusiastic supporters" that the press won't cover, TheHill.com reported.

Palm Beach Post reporter George Bennett said there were "a few" Trump supporters along the road from Mar-a-Lago, but that they were vastly outnumbered by the hundreds of protesters.