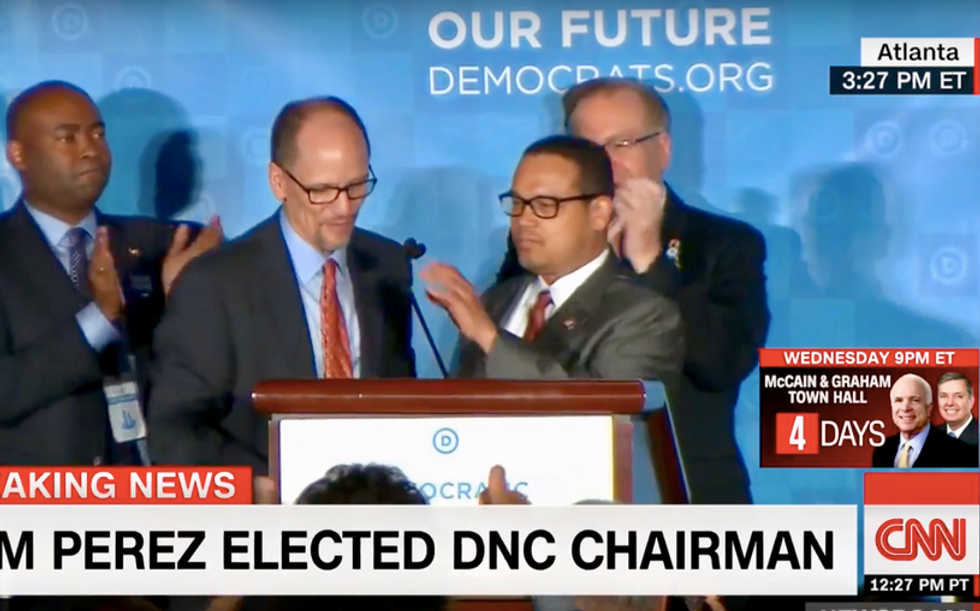 Former Sec. of Labor Tom Perez and Rep. Keith Ellison, D-MN are the new chair and co-chair of the DNC (screen capture)

After a contest that highlighted differing visions for the future of the Democratic Party, newly elected Democratic National Committee (DNC) Chairman Tom Perez suspended the committee's normal rules to nominate his rival Rep. Keith Ellison (D-MN) for the post of deputy chairman.

"I would like to begin by making a motion, it is a motion that I have discussed with a good friend, and his name is Keith Ellison," he said during his acceptance speech, according to TheHill.com.

"The motion I would like to make to the body is a motion suspending the rules, if I may, to appoint Keith Ellison deputy chair of the Democratic National Committee," Perez said as the room erupted in cheers.

It was a feel-good moment for the Democrats, who have struggled to coalesce around a leader and set of goals after the loss of presidential nominee Hillary Clinton in the 2016 election.