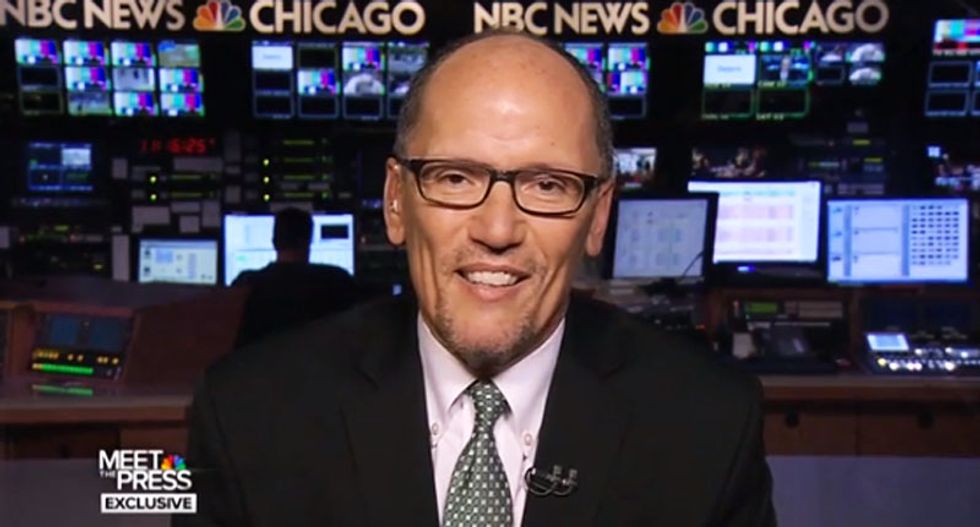 U.S. Democrats elected former Labor Secretary Tom Perez as chairman on Saturday, choosing a veteran of the Obama administration to lead the daunting task of rebuilding the party and heading the opposition to Republican President Donald Trump.

Members of the Democratic National Committee, the administrative and fundraising arm of the party, picked Perez on the second round of voting after one of the most crowded and competitive party leadership elections in decades.

Perez will face challenges in trying to unify and rejuvenate a party still reeling from the Nov. 8 loss of Democratic presidential candidate Hillary Clinton and anxious to channel the growing grassroots resistance to Trump into political support for Democrats at all levels of government across the country.

"We are suffering from a crisis of confidence, a crisis of relevance," Perez, a favorite of former Obama administration officials, told DNC members. He promised to lead the fight against Trump and change the DNC's culture to make it a more grassroots operation.

Perez beat top challenger U.S. Representative Keith Ellison of Minnesota, who was backed by liberal leader U.S. Senator Bernie Sanders of Vermont, on a 235-200 vote. Perez is the son of Dominican immigrants, while Ellison is the first Muslim elected to the U.S. Congress.

The showdown between candidates backed by the establishment and progressive wings of the party echoed the bitter 2016 primary between Clinton and Sanders, a rift Democrats will try to put behind them as they turn their focus to fighting Trump.