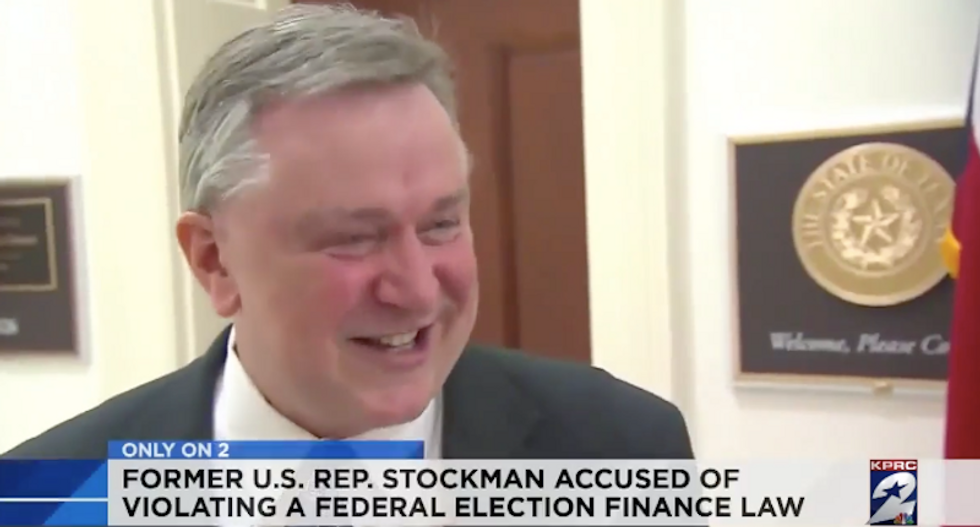 The case against Steve Stockman is growing.

After being arrested on conspiracy charges earlier this month, the former Texas congressman and his ex-employee were hit Tuesday with a 28-count indictment alleging they stole hundreds of thousands of dollars from charities, some of which they used to finance his campaigns and pay for personal expenses. Stockman and the former aide, Jason Posey, are also accused of trying to cover up the scheme, in which another ex-employee has already pleaded guilty.

According to the indictment, from May 2010 to October 2014, Stockman sought out about $1.25 million in donations based on false pretenses. Over those years, Stockman allegedly diverted part of that sum for personal and campaign expenses — including to fund what the U.S. Department of Justice described as "a covert surveillance project targeting a perceived political opponent."

Stockman has said he will be vindicated in the case. He initially blamed his arrest on the "deep state," a term used to describe political adversaries in the federal bureaucracy that has gained prominence under President Donald Trump. His lawyers have since distanced themselves from that claim.