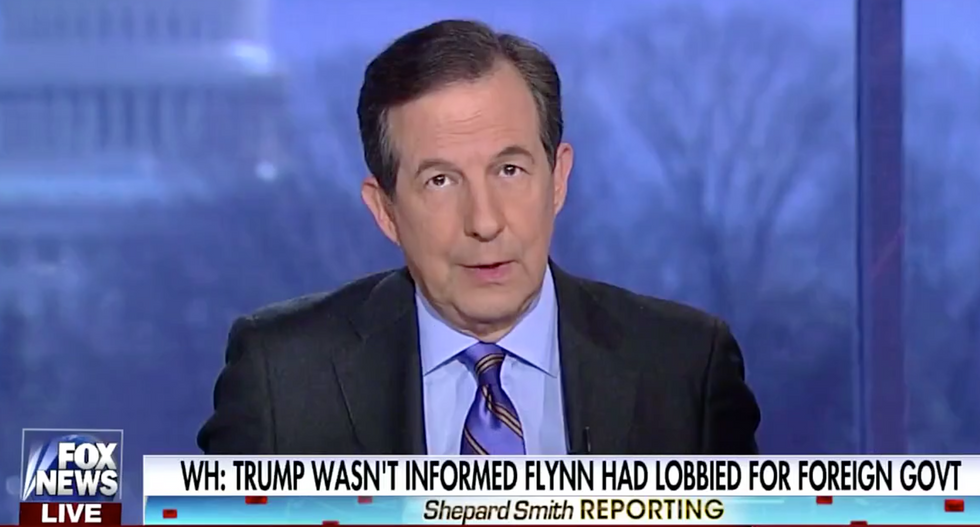 Fox News reporter Chris Wallace on Friday said it was “inconceivable” that Donald Trump was unaware of former national security adviser Michael Flynn’s lobbying work with a company connected to the Turkish government while serving as an adviser on his campaign.

Reporters, including Fox’s John Roberts, grilled White House Press Secretary Sean Spicer over reports that a lawyer for Flynn warned the transition team that Trump’s top pick for national security adviser may have to register as a foreign agent.

Speaking with host Shep Smith, Wallace said it was “interesting” to watch Spicer try and “deflect” questions about when members of the Trump transition team—and Trump himself—became aware of Flynn’s connection, noting the press secretary gave an answer that “precisely misses the point.

“I suspect Sean knew that it missed the point, but he just didn’t want to answer,” Wallace added.

“Let’s assume that they didn’t know Michael Flynn was working as a foreign agent for Turkey at the time that he was the top security adviser to the president during the campaign,” The Fox News Sunday host offered. “Lets assume they didn’t know until the transition.”

“It seems inconceivable that it wouldn’t percolate up the transition chain and somebody would have said to Donald Trump, the new president-elect, ‘Hey, did you know that Mike Flynn as working as a foreign agent?” Wallace continued, wondering, “why would you ever run him as the national security adviser?”

Wallace pointed out that Flynn, during the campaign, was receiving briefings from the CIA as one of then-candidate Trump’s top security advisers and “never told Donald Trump that he’s on the retainer, a half million dollar retainer, from he government of Turkey?”

“I find that very hard to believe,” Wallace said, later repeating that “it seems inconceivable” that Trump either did not know, or knew and did not immediately fire Flynn.

“Something is missing,” Smith said.