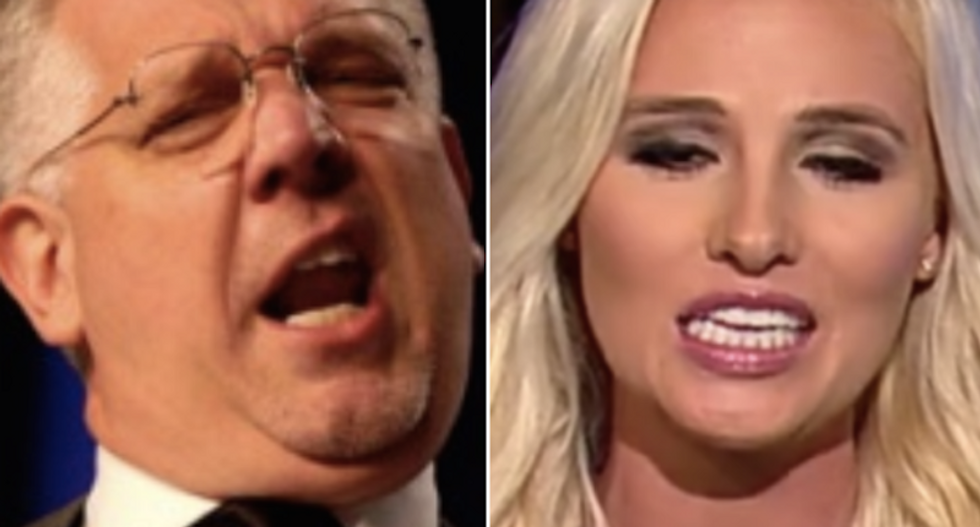 The rumored dispute between Glenn Beck and Tomi Lahren erupted on Twitter.

Beck, who founded The Blaze network where Lahren has become a rising conservative star, mocked the 24-year-old commentator after she touted her libertarian credentials.

I have moderate, conservative, and libertarian views. I'm human. I will never apologize, to anyone, for being an independent thinker.
— Tomi Lahren (@Tomi Lahren)1489861659.0

Lahren has drawn the ire of her fellow conservatives -- and, reportedly, Beck and her other Blaze colleagues -- after announcing she's pro-choice Friday on "The View."

Wait, libertarian views? Help me out on Trumpcare, stimulus, and executive orders. Trump is anything but libertaria… https://t.co/injnsD1nGP
— Glenn Beck (@Glenn Beck)1489983387.0