‘So I won the popular vote?’: Baldwin as Trump rejoices as aliens destroy California in SNL opener 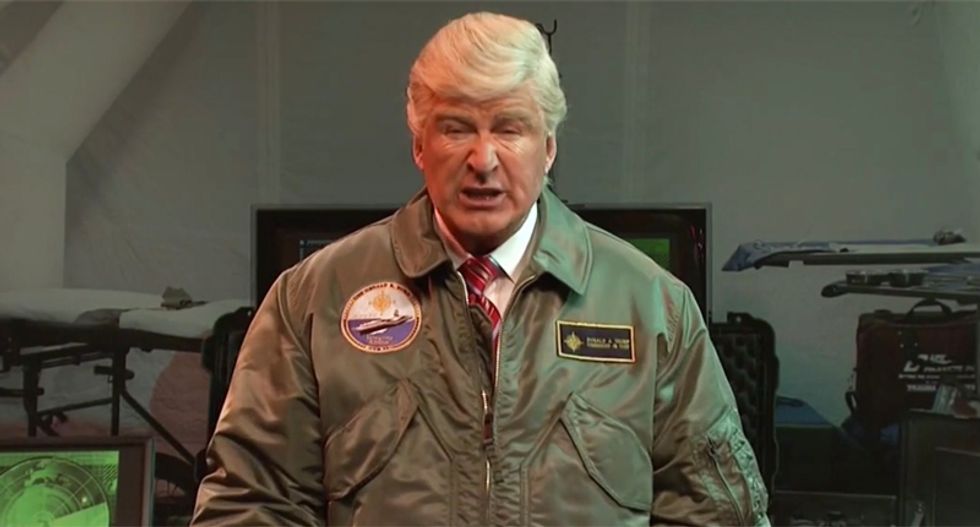 In this week's Saturday Night Live opening sketch, Alec Baldwin returned as Pres. Donald Trump facing the world after under attack by aliens.

Standing on the deck of an aircraft carrier, Trump said, "Hello, it's a beautiful day," before complaining that our military "isn't winning anymore. The aliens are laughing at us, they're killing us."

A military general confirmed that yes, the aliens are killing us because they have the most advanced technology ever seen.

"What are we going to do?" he asked Trump.

When informed that the aliens have vaporized California, Trump said, "So I won the popular vote?"