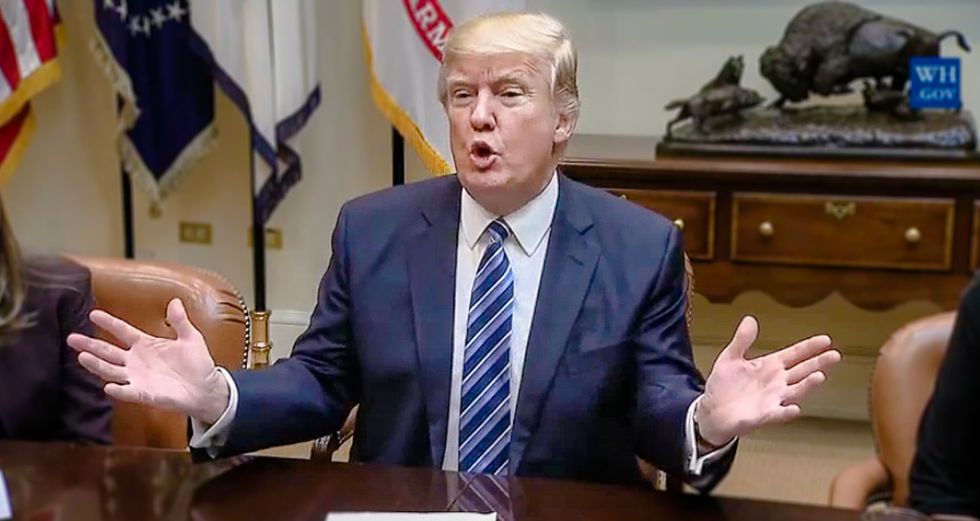 Pres. Donald Trump either leaked classified intelligence information to the world or told another whopping fib on Tucker Carlson's Fox News show Wednesday when he said that the Central Intelligence Agency (CIA)'s servers were hacked under Pres. Barack Obama.

TheHill.com reported that Rep. Adam Schiff (D-CA) said in a press release, "In his effort to once again blame Obama, the President appeared to have discussed something that, if true and accurate, would otherwise be considered classified information."

Schiff said, "The President has the power to declassify whatever he wants, but this should be done as the product of thoughtful consideration and with intense input from any agency affected. For anyone else to do what the President may have done, would constitute what he deplores as 'leaks.'”