‘What the f*ck is wrong with you?’: Sam Bee slams pundits for 'gushing' any time Trump makes a 'big boy potty’ 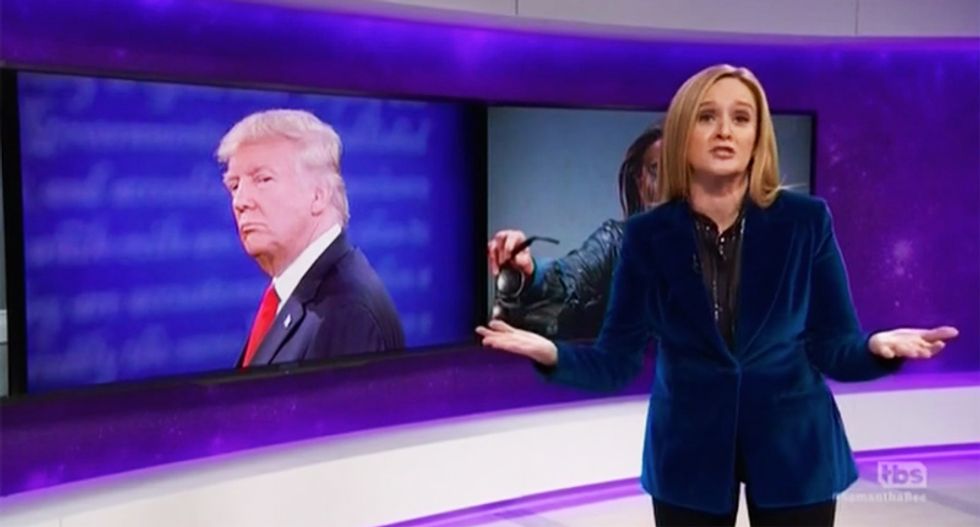 Samantha Bee on Wednesday night scorched the media’s hot-and-cold approach to Donald Trump coverage, noting while pundits are desperate for him to appear presidential, they’re really just setting a low bar for his performance.

The media, Bee said, rained “golden compliments down on him” following the speech.

“If pundits set the bar for President Trump any lower, even Jeff Sessions won’t be able to walk under it without bumping his head,” Bee said, adding it’s “extraordinary that he learned to read something finally!”

Bee reminded the media that they don’t have to “gush” over every “big boy potty” the president makes.

She then turned the president’s baseless claim that Barack Obama wiretapped Trump Tower during the presidential campaign, calling his allegations “bananas.”

Watch the full segment below, via TBS: