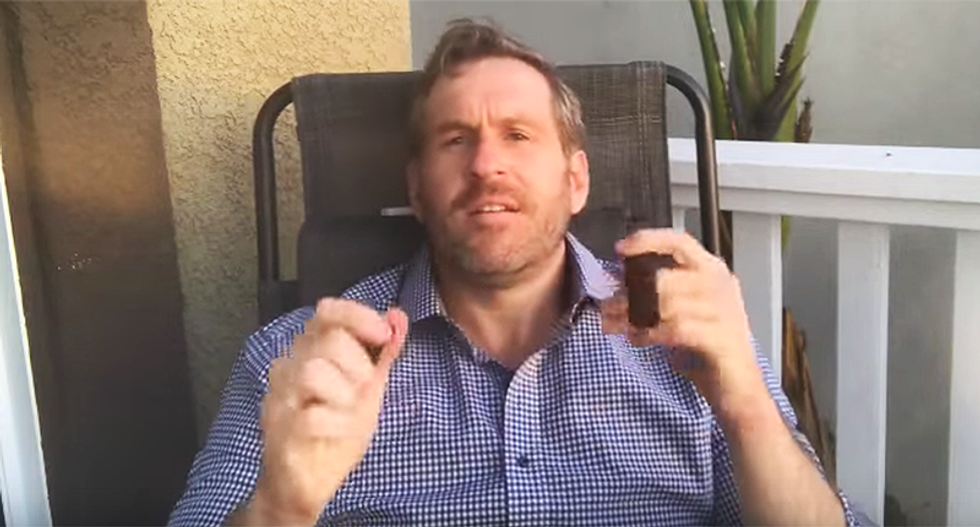 The Daily Beast captured an 11-minute Periscope video from Cernovich that threatened of a series of "scoops" that could bring people down.

Bannon was thought to be on the outs as he's said to have alienated President Donald Trump's son-in-law Jared Kushner. Trump said in an interview this week that he serves as his own strategist. When asked about the feud, Trump claimed, "I told them to straighten it out or I will.”

Donald Trump Jr. tried to play nice, tweeting out that Cernovich deserved a Pulitzer Prize for his posts on Susan Rice's efforts to unmask Trump staffers that were allegedly colluding with Russia.

That didn't sit well with Cernovich who was quick to threaten the new president.

He went on saying that if the White House goes after Bannon then he'll drop the "mother of all stories" that will "destroy marriages, relationships—it’s gonna get personal."

Other alt-right leaders have been pushing out #KeepBannon tweets after generating a #FireKushner hashtag and a #FireBannon hashtag surfaced.

Cernovich talked about the Rice stories as well as one about National Security Advisor H.R. McMaster, who replaced Ret. Gen. Mike Flynn

He claimed that he would "go TMZ on the globalists," a reference to the split from moderate republicans like Kushner who has a globalist philosophy and alt-right people like Cernovich, who considers himself a nationalist.

“I will go Gossip Girl on the globalists," he continued. "I will go Gawker on the globalists. So you mother-effers going after Bannon, just know I broke two of the biggest stories before anybody else. If you think I don’t know the pills people are popping, the mistresses, the sugar babies—I know all of it. So you better be smart. Because the mother of all stories will be dropped because I don’t care.”

He claimed that they could even kill him but it wouldn't matter. “You can’t kill what is already dead. What is dead cannot die," he said.