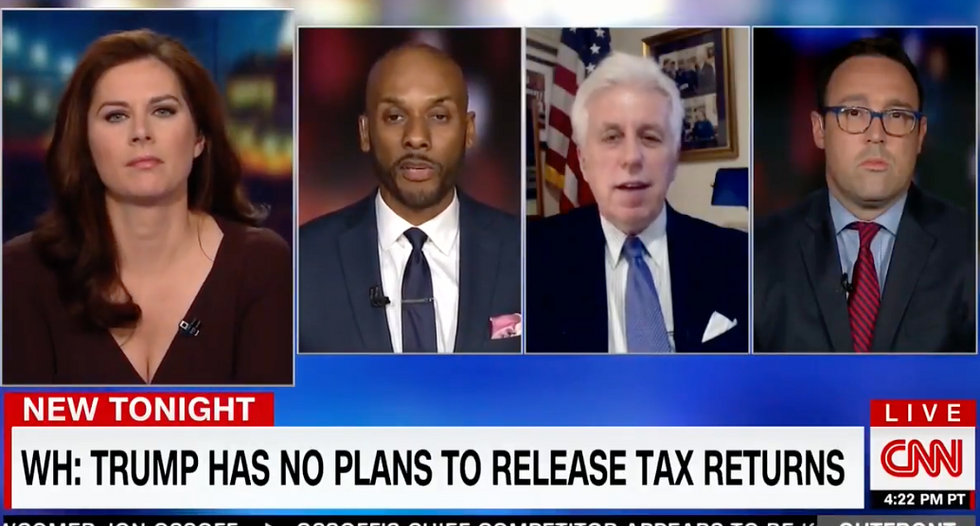 A CNN panel with Jeffrey Lord and former Bill Clinton aide Keith Boykin erupted on Monday over the issue of Donald Trump’s tax returns, with Lord insisting Trump is in great company with the likes of former President Woodrow Wilson.

Lord was arguing that income taxes didn’t even come into the picture until 1913, “so that means every president from Woodrow Wilson to Lyndon Johnson hasn’t released they tax returns.”

“Jeffrey this is 2017, why are you going back to Woodrow Wilson?” Boykin asked. “That has no relevance to what we’re talking about today.”

CNN host Erin Burnett pointed out the precident was set 43 years ago, before Ivanka Trump and Jared Kushner were even born. Lord tried to bounce away from Burnett’s line of questioning but Boykin tried to get him back in like.

“Did you release your tax returns when you worked in the White House?” Lord asked.

“Am I president of the United States?” Boykin replied. “That’s the dumbest question I’ve heard anybody ask on television. You call yourself a political commentator you’re asking stupid questions like that?”