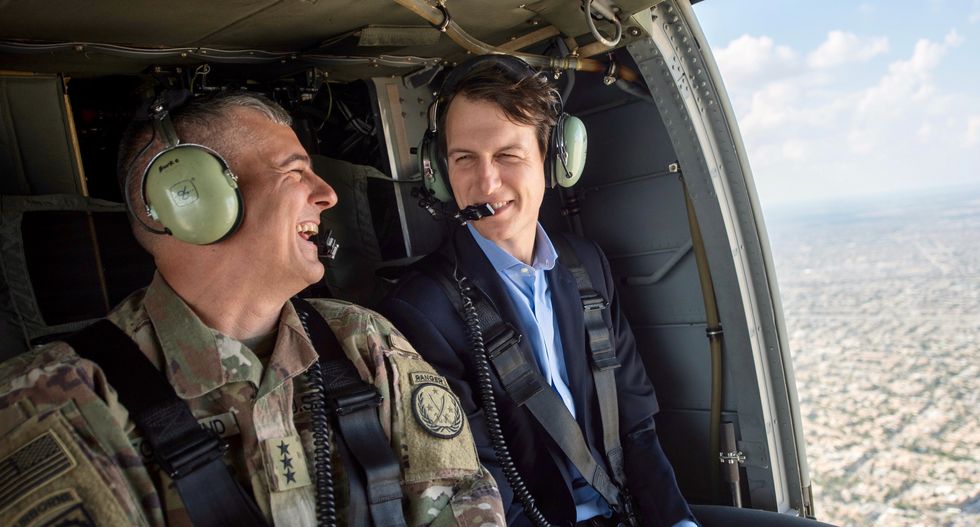 Even as the White House furiously tries to tamp down rumors that it is torn by inner strife and teetering on the verge of firing adviser Stephen Bannon, President Donald Trump's far-right supporters have launched a hashtag campaign calling for the ouster of the president's son-in-law Jared Kushner.

Kushner has attracted a great deal of media attention over the last two weeks since -- in addition to his role as Middle East peacekeeper and trade liaison to Canada, China and Mexico -- it was announced that Kushner would be heading the Office of American Innovation, a bureau designed to streamline and de-bureaucratize the federal government.

Conspiracy monger and far-right radio host Alex Jones dubbed Kushner and Pres. Trump's daughter Ivanka as "enemies of the republic" after he heard rumors that the pair were largely responsible for the airstrikes in Syria on Thursday night.

Jones' and Bannon's online allies took it upon themselves to launch the #FireKushner campaign in response.

As the hashtag spread, gleeful progressives joined in the fray.

Laughing at the #FireKushner people, they're not to happy with their #illigetimatepresident and his son in law.
— Tina (@Tina)1491613299.0