‘I’m not here to be a token’: Fox anchor details network’s racism in emotional press conference 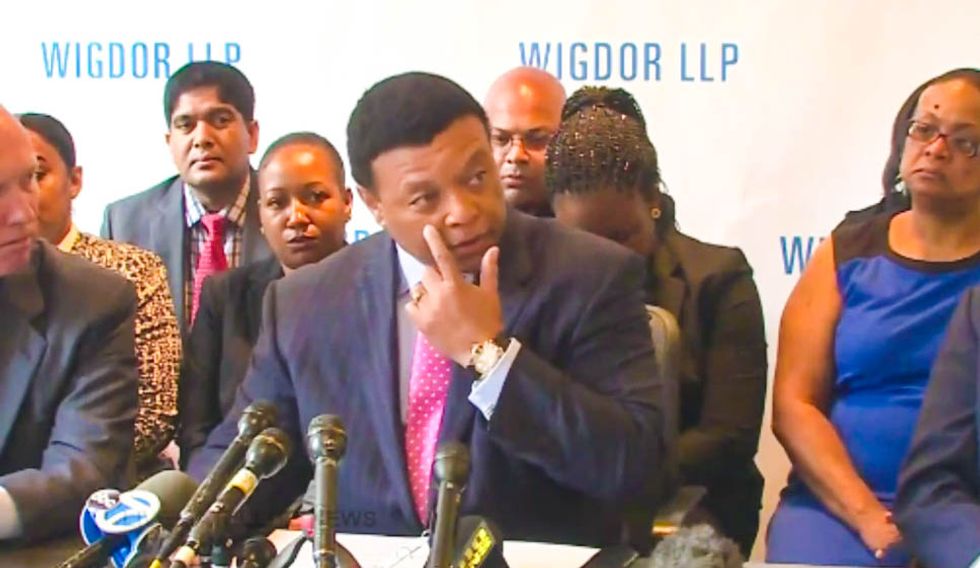 Fox News anchor Kelly Wright on Wednesday held an emotional press conference in which he condemned the network's "systemic and institutional racial bias."

While Wright said that he enjoyed working at Fox and admired many of the people working there, he said that he could no longer justify remaining silent as many of his black colleagues were suing the network for racial discrimination.

"I should not have some sort of glass ceiling placed over me," he said. "Management should not place an umbrella or a lid over my career or the career of anyone... simply based on the color of our skin and what they deem is 'acceptable' to their viewers."

Wright then said that some people have told him that he shouldn't ever worry about being fired from Fox because the network needed him to show the public that it isn't a racist network.

"Some people have said, 'You're in a good position, forget about it. Fox would never get rid of you because they need more black men to defend themselves against the critics who accuse Fox of racial bias,'" he said. "Well, I'm not here to be a token, either. I'm here to be a valued employee."

Watch the full statement below.