'This is a major problem': Cummings says Flynn appears to have committed a felony 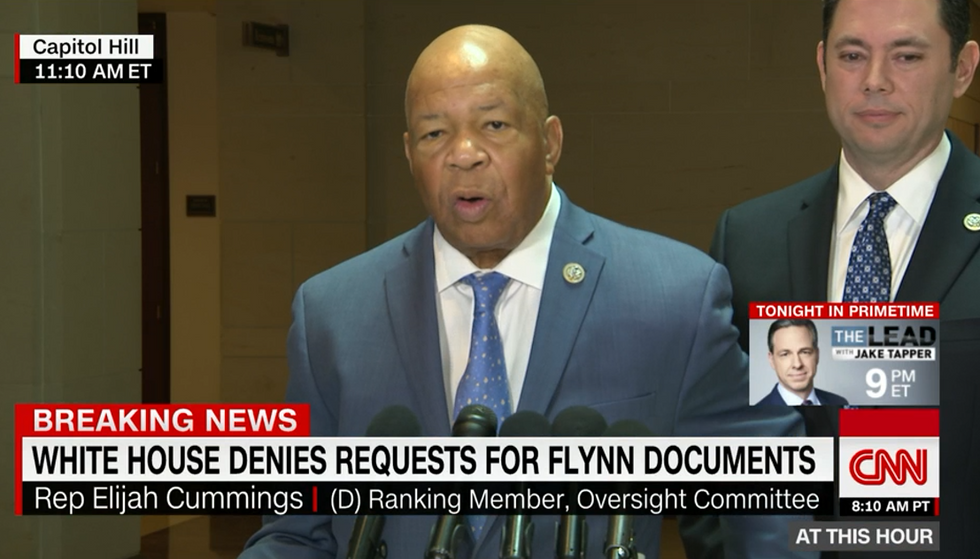 "We received a response from the White House refusing to provide any of the documents we requested," Cummings said at the press conference. "The White House has refused to offer a single piece of paper in response to this committee's bipartisan request."

Cummings also said Flynn, a retired Army lieutenant general, might have committed a felony by not disclosing payments he received from foreign governments before he assumed the role of national security adviser.

"This is a major problem," Cummings said.

Classified military documents appear to show Flynn did not seek permission from the U.S. government to receive payments from Russian organizations and Turkey, the congressman said.

"I believe these documents should be declassified to the fullest extent possible without compromising sources or methods," Cummings added.

During the press conference, both Cummings and Chaffetz -- who are the senior members of the House Oversight Committee -- said that they had seen no evidence so far that Flynn had complied with the law requiring that he get permission from the U.S. government before he took payments from foreign governments.

"As a former military officer, you simply cannot take money from Russia, Turkey or anybody else," Chaffetz said. "And it appears as if he did take that money, it was inappropriate, and there are repercussions for it as a violation of the law."

Watch a video of the press conference below.