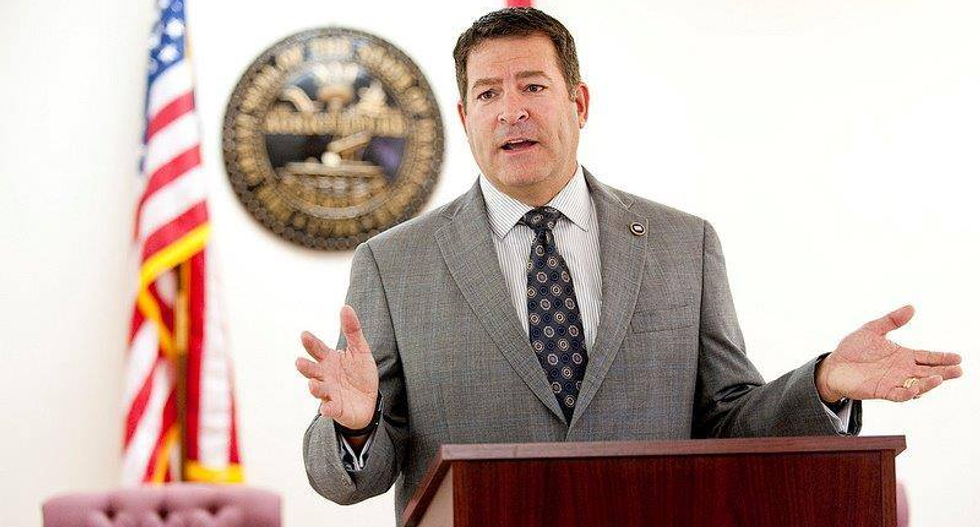 CNN has obtained forty-two minutes of audio against evolution by Dr. Mark Green, the Republican state senator in Tennessee who is President Donald Trump's second nominee to serve as Secretary of the Army.

The provenance of the audio recording is a 2015 speech that the Tennessee politician gave to a church in Cincinnati, Ohio. This comes only weeks after another audio recording was unearthed of Dr. Green saying government's role is to, "crush evil" by fighting against Transgender Equality. Previously, video had been released of Dr. Green claiming, "transgender is a disease."

Rejecting the science behind evolution is just the latest scandal for the embattled appointee. Even before he had been officially nominated, Mark Green was criticized for fighting to legalize discrimination against LGBT Americans.

"I look at the world around me and I draw the conclusion that it was made," Dr. Green explained in the audio recording. "I know God that the next step for me is to pursue you and figure out what it is and why you made me, but before all that, I can't get away from the fact that you created me,  it is intuitively obvious to even the most casual observer."

The theory of evolution "is supported by so many observations and confirming experiments that scientists are confident that the basic components of the theory will not be overturned by new evidence," the National Academy of Sciences told CNN in a fact check of Dr. Green's evolution denying claims. "Because the evidence supporting it is so strong, scientists no longer question whether biological evolution has occurred and is continuing to occur."

Evolution wasn't the only scientific theory that Green questioned in his speech.

"The theory of relativity is a theory and some people accept it, but that requires somewhat of a degree of faith," Dr. Green suggested.

“I strongly urge President Trump to withdraw Mark Green as his nominee for Army Secretary," pressed Democratic Whip Hoyer. "Appointing someone with a clear record of homophobia and transphobia, who has made disgusting statements demeaning toward groups of Americans, would send the absolute wrong signal about the values for which our military service members are risking their lives."

On Friday, The Hill described the growing opposition as "ballooning" after a group of esteemed former service academy faculty released a statement saying, "Mark Green is a serious threat to what makes our military great."

Previous criticism of Dr. Green had focused on his religious extremism, which should be further cemented with the release of 42 minutes of audio arguing against evolution.

"Green’s political ambitions reveal a full-scale messianic complex that manifests itself as a dangerous willingness to exploit the military to advance an unvarnished view of straight, white Christian supremacy" wrote Nathaniel Frank, the director of the What We Know Project at Columbia Law School. "Green seems poised to substitute his own theology for fact-based, professional judgment of how to run a diverse military in twenty-first century America."