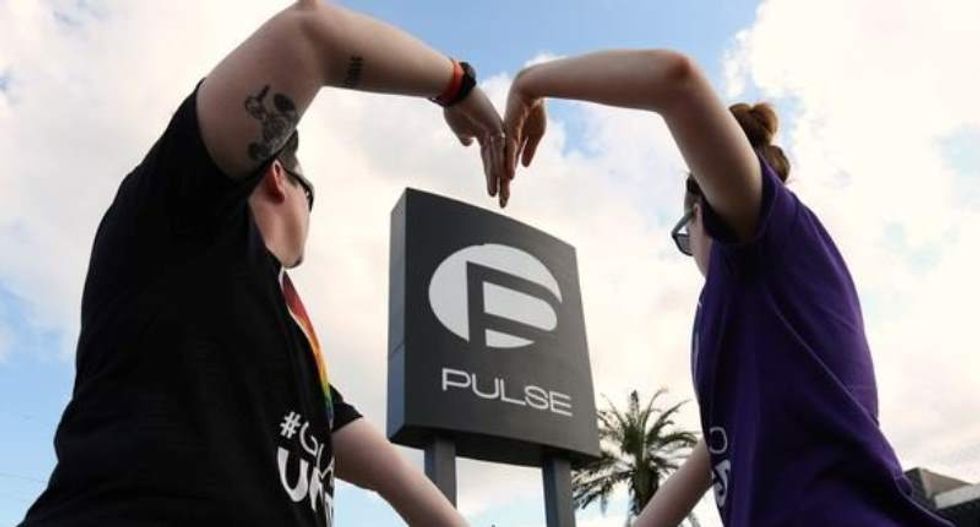 Police body camera videos of the deadliest mass shooting in modern U.S. history were released by a Florida newspaper on Wednesday, showing harrowing scenes of officers rushing into the Orlando nightclub where 49 people were killed in June 2016.

Among the 15 hours of videos obtained through a public records request by the Orlando Sentinel is a scene of officers firing toward gunman Omar Mateen and one officer yelling: "Come out with your hands up or you will die."

Portions of the videos were posted on the newspaper's website. Footage of those who died was not shown.

As police neared the cornered gunman, one officer said a prayer to himself: "Lord Jesus, watch over me,” the paper reported.

Mateen, a 29-year-old who claimed allegiance to the Islamic State militant group, opened fire inside Pulse, a gay nightclub, on June 12, 2016, before he was killed by police after a three-hour standoff. In addition to those killed, at least 58 people were injured.

The videos released to the newspaper show officers arriving on the scene, taking weapons out of their vehicles and entering the club through a shattered window.

People in the club can be seen fleeing, with officers telling them to keep their hands up and directing them to safety.

A body camera on Orlando policeman Graham Cage shows an officer leading a victim out of a club bathroom and down a hallway, the paper said.

"Hands up, both hands, put your hands up," the officer says off-camera. “Follow the sound of my voice. Come this way."