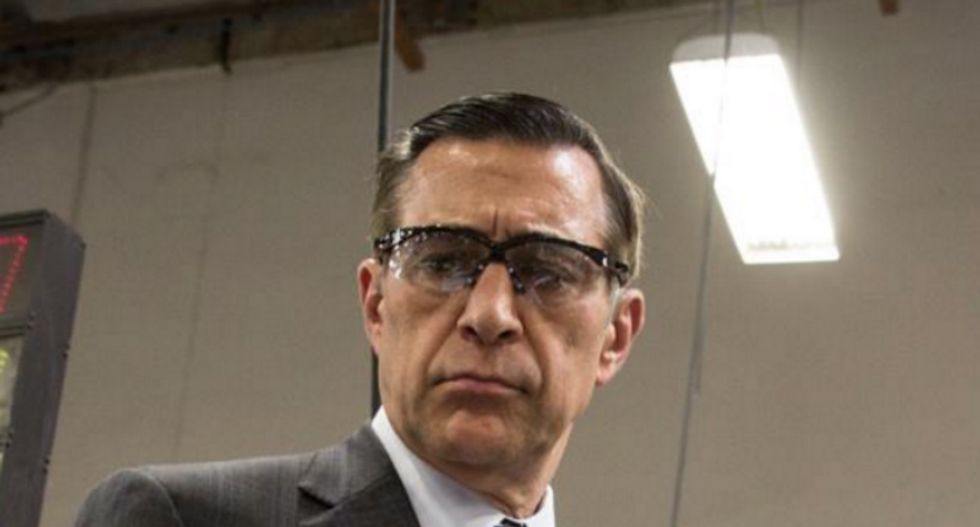 With scandal upon scandal piling up for the Republican Party, the stress is clearly getting to some prominent Republicans.

According to Politico's Rachael Bade, Congressman Darrell Issa gave her the middle finger and walked off when she asked about the reports that President Donald Trump asked then- FBI director James Comey to drop his investigation of former National Security Adviser Michael Flynn.

On Twitter, Bade said the California Republican gave her the silent treatment -- and then the finger -- before stalking away.

I just asked @DarrellIssa abt the Comey news and he flicked me off -- literally gave me the middle finger -- and kept walking. Said nothing
— Rachael Bade (@Rachael Bade)1494973746.0

Many were not impressed by the vulgar actions of the congressman.

There was speculation that this is a sign Darrell Issa won't be running for reelection in 2018.

Issa's phone number has already been retweeted over 500 times.

Issa's opponent even chimed in.

If you are sick and tired of this kind of behavior from Darrell Issa, join our grassroots campaign to defeat him:… https://t.co/a0iaalOQIC
— Mike Levin (@Mike Levin)1494974674.0

UPDATE: Congressman Issa is now denying the whole incident while others are rushing to defend Rachael Bade.